According to the World Health Organization, more than 200 million girls, women have been cut in 30 countries in Africa, Middle East, Asia. 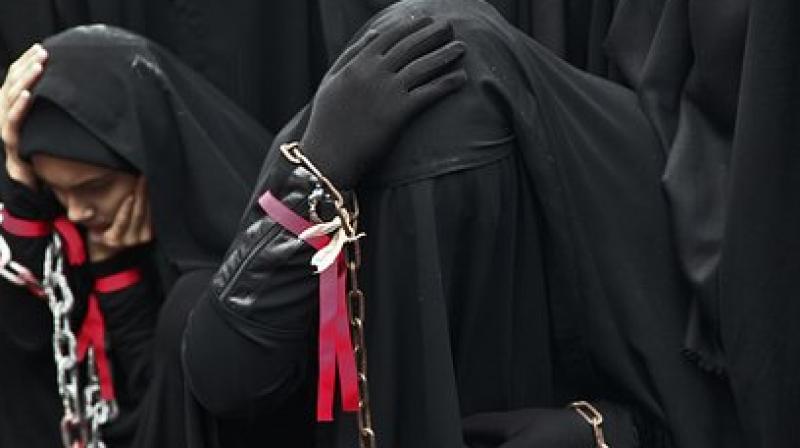 Genital cutting of girls was banned in Egypt in 2008, criminalized in 2016, but continues to be viewed as a way to promote chastity. (Photo: Pixabay)

In a tiny village in Egypt’s southern province of Assiut, 16-year-old Amany Shamekh, who wants to be an artist one day, recalls how she was illegally circumcised with a razor blade.

“The midwife came to the house, my mother took off my underwear and the lady said ‘hang in there’,” said Shamekh who grew up in the village of Awlad Serag.

“I felt the razor-blade, and when I saw the blood on the midwife’s hands I was going to die. I spent around a month unable to go to the bathroom because the wound hurt very much if it came in contact with water.”

Genital cutting of girls was banned in Egypt in 2008 and criminalized in 2016. But the practise often referred to as female genital mutilation (FGM) or circumcision remains a rite of passage and is often viewed as a way to promote chastity.

Villagers say husbands prefer wives to be cut and often ask young brides to undergo the procedure before their wedding.

“Every girl must be circumcised so she can get married,” said Amany’s mother Zeinab, who is 51. “It’s our ... tradition.”

The procedure is performed on both Muslim and Christian girls in Egypt and Sudan, but is rare elsewhere in the Arab world. It is also common in Eritrea, Ethiopia and Somalia.

A 2016 survey by the UN Children’s Fund showed that 87 percent of women and girls aged 15-49 in Egypt have undergone the procedure.

According to the World Health Organization, more than 200 million girls and women have been cut in 30 countries in Africa, the Middle East and Asia.

In the neighboring village of El-Wasata, Esraa Salah, 15, said her only memories of the night she was circumcised were the embarrassment at being naked before the doctor, fear when her mother and grandmother held her legs apart and extreme pain.

“A girl’s refusal of circumcision is useless because the decision is made since she is born. All a girl can do is to pray that god eases the pain of the operation,” Nada Salah, Esraa’s 14-year-old sister said.

Their grandmother, Mageda, said the practise cannot be stopped because it protects a girl’s chastity.

One of Mageda’s daughters contracted an infection after she was circumcised and cannot bear children. When asked about why she would allow the same to happen to her granddaughters Mageda said: “My dear, it’s all fate”.