Making the past, perfect

The conservation architect chats about restoring the city’s heritage and how it affects Mumbaikars intrinsically. 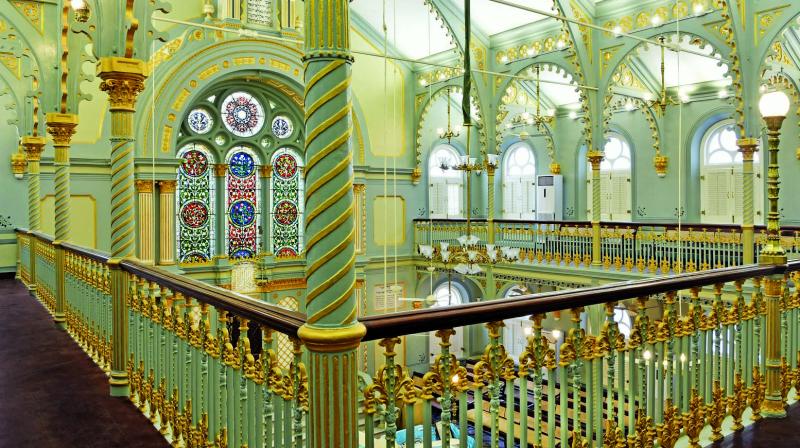 The newly renovated Keneseth Eliyahoo Synagogue at Kala Ghoda bears testimony to Abha Narain Lambahs tireless efforts as she breathes new life into vintage, historical spaces across the country. From restoring the citys iconic Opera House to conserving a 15th century Maitreya Buddha temple in Ladakh’s Basgo Village, Abha is the flag bearer of conservation of architectural spaces across India. The architect whose firm has won nine UNESCO awards is now in the process of restoring the 166-year-old Byculla station and Mumbais landmark — the Gateway of India, among others.

A graduate from School of Planning and Architecture, New Delhi, Abha started her career under renowned architect, Joseph Allen Stein. Reminiscing her initial days when she first moved to Mumbai, Abha says, “I came to Mumbai in 1995 and call it serendipity or whatever, that was also the year when Bombay heritage regulation was established. At that time, there were just two architects in all of Bombay who were qualified in conservation and I got involved with a lot of citizen groups.” Twenty-four years later, Abha is credited for restoring some of the iconic buildings of the city including The Royal Opera House, Bandra Railway Station, BMC headquarter and The Asiatic Library, to name a few.

Talking about one of her most memorable restorations, The Royal Opera House, which took almost eight years to complete, Abha reminisces on the early stages of restoration in 2009. “The building at that point was severely dilapidated and was declared unsafe, so it took us about two and a half years to strengthen and consolidate the structure. It took a long time to raise funds for the interiors and also to get all the permissions,” she recollects.

While restoring Bandra Railway Station, Abha’s team found exposed stone, rubble masonry that had then been covered up with cement and painted over.

Restoration in Mumbai is a tricky business because most heritage structures are under constant use. Her restoration work at the Bandra Railway station was more about undoing the damage. “When we started removing layers of plaster, we actually found that the building had a beautiful exposed stone, rubble masonry that had then been covered up with cement and painted over. The veranda was covered in green ceramic tiles because the railway officials thought that people will spit paan and it will be easier to remove the stains,” Abha says with a laugh.

When it comes to restoring a building to its original form, the process requires a lot of research, and sometimes even trips outside India, just to track down the original paperwork. “We are currently working on Capitol complex which is a UNESCO site in Chandigarh, and for that, I have already made two trips to Paris to go through the archives just to be able to pull out the original false ceiling details that were sketched by Le Corbusier. When youre dealing with a building by an iconic architect like Corbusier, you cannot just say that I felt like and therefore I did it. You have to base it on original drawings and original photographs.” But what happens when there is no documentation? “Sometimes you dont find sketches or photographs, and then you rely on oral history, something that we had to go through while working on Mani Bhawan. We got some inputs from older people of that generation, who lived nearby, and they remembered certain colour palettes, so its a whole mix of written, drawing, oral history, photographs that you piece together,” says Abha.

But restoration is not just about digging through the history books and rebuilding the structure as maintaining these beautiful structures requires money and effort. “In a country like India, where we are still struggling with sadak, roti, bijli, paani, conservation is often perceived as very elitist funding.

When it comes to priority, the government doesnt budget for heritage the way Europe or other countries do,” says the architect who believes that conservation affects every Mumbaikar. She continues, “When you work on an area like Dadabhai Naoroji road, or fort precinct, or when you restore Bandra Railway station it is not meant for the rich, it is meant for the average Mumbaikar. And therefore, conservation, especially in the case of a city like Mumbai where most of our public buildings are still being used, is very strongly integrated and very much part of the citys image and functioning.”

Of late, the city is seeing a lot of restoration, be it the synagogue, the Byculla railway station or the Flora Fountain. To this Abha points out that, unlike other states, the heritage structures in Mumbai are not just for sightseeing. “In a city like Agra or Delhi, heritage buildings are generally protected monuments or national monuments, like Taj Mahal or Lodhi Tomb, which are dead sites, you see them from a distance, they have a fence and you walk past them,” she says. But Mumbaikars have a strong connection with heritage building because these buildings are part of their everyday life. “For Mumbaikars, our connect with heritage are far more intimate, because these are buildings of daily use so we are far more concerned about them. If you are told that the Crawford market will no longer be there, it would bother you as it is a part of your memory,” Abha concludes.