As Nafi Diabi went into labour shortly after take off, the cabin crew noticed her in pain and responded immediately. 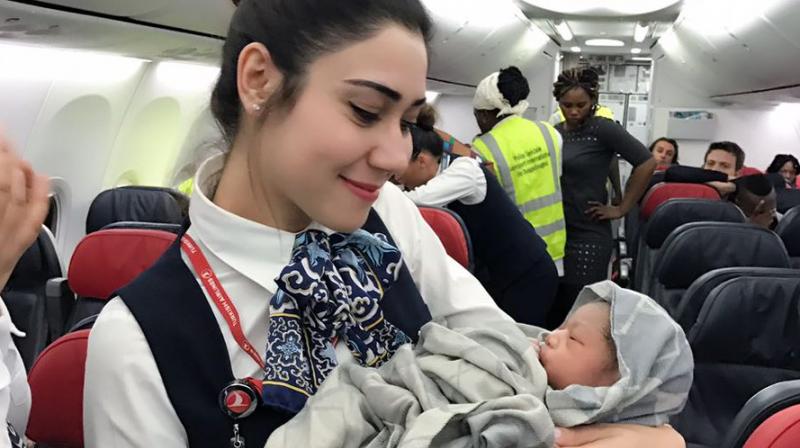 They welcomed an adorable passenger on flight (Photo: Twitter)

Stories of controversial exchanges involving passengers and airline staff on flight were recently in the news, but some stories show how things aren't all not all dark and gloomy everywhere as an adorable piece of information about what can happen on a flight has been reported thanks to Turkish Airlines.

The airlines welcomed an unexpected but heart warming guest on the flight from Conakry in Guinea to Istanbul, as a passenger who was 28 weeks pregnant went into labour soon after it took off. As Nafi Diaby was in pain, the cabin crew responded quickly and helped deliver the baby at a height of 42000 feet.

Welcome on board Princess! Applause goes to our cabin crew! 👏🏻👶🏽 pic.twitter.com/FFPI16Jqgt

The mother and her child named Kadiju are in good health at a hospital in Burkina Faso where they were later admitted. Meanwhile the Turkish Airlines staff received widespread appreciation on social media.

@TurkishAirlines Very well done to your cabin crew, shows there not just there to look nice and serve coffee.

@TurkishAirlines Congratulations to all! Love the one staff member looking at the baby and mother instead of the camera. And the one looking so very happy!

In times of hate and despair, people coming together to welcome a new life comes as much needed relief.