Meet Amy Singh, who is selling her poems to help raise funds for her friend who is battling cancer. 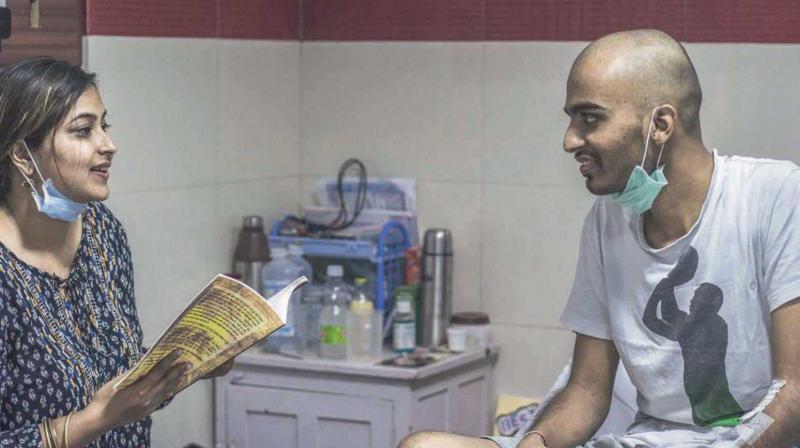 Poetry is a beautiful expression of feelings and emotions. And sometimes, it can also be a strong tool. Amy Singh from Chandigarh is selling her poems to help raise funds for her friend Anam Narula, who is battling cancer. And the endeavour has found a lot of appreciation and support.

“On 28 May, we learnt that Anam has cancer. So I decided to contribute in whatever way possible. But I was not working and had no financial reserves. Poetry was the only thing I could count on,” Amy says.

She then requested people on Facebook to pay Rs 200 to Rs 500 for a poem and contribute for the cause. “I had a few followers on Facebook who liked my poetry and I thought maybe this could work,” she adds.

“I was able to raise around Rs 2 lakh from poetry but the rest of the amount came in as the initiative went viral on social media. Many people came forward to contribute on their own and crowd-funding picked up slowly. I think it was God’s grace and we just became tools to help Anam,” she explains.

Many people have reached out to her on Facebook requesting specific poems. “There is a form that people have to fill for this. They state their requirement, theme, deadline and the person they are dedicating the poem to. In fact, some of my friends who write poetry are also helping as the demand for poems is growing by the day,” she says.

Her post might have gone viral but the 25-year-old describes herself as ‘a low-key person’. “I can write poems but I can’t promote or market these. It just seems too narcissistic to me. But Anam’s condition forced me to talk about my poems,” she says.

Amy admits that she is overwhelmed by all the love and affection that has come her way. “I don’t know how to handle this but I feel grateful that this is happening,” she says, adding, “There are days when I go to bed at four in the morning and wake up at seven again because there are so many messages I have to respond to. But I make sure I respond to everyone as this is important for Anam and the cause.”

Amy writes in English, Hindi and Punjabi and prefers free verse. “I have been writing poetry since I was five. My mother also used to write poetry in Punjabi. So I think it’s in my genes. I was influenced by her,” she explains. Some of her favourite poets are Maya Angelou, Ahmed Faraz, Paash, Amrita Pritam and Robert Frost.

She concludes with a poem dedicated to Anam:

“Your existence is not a flower which can be plucked or stolen by a season.

Your essence is an evergreen forest, it will grow wild and multiply.

It will fill up all the cracks and vacancies.

Your beauty is not something that can be lost!”

Amy and her friends will soon be organising a half marathon, ‘Run for Hope’, as part of the fund-raising campaign for Anam.