The rising rates of antibiotic resistance the world over are fast turning into a major health concern for doctors and patients alike. 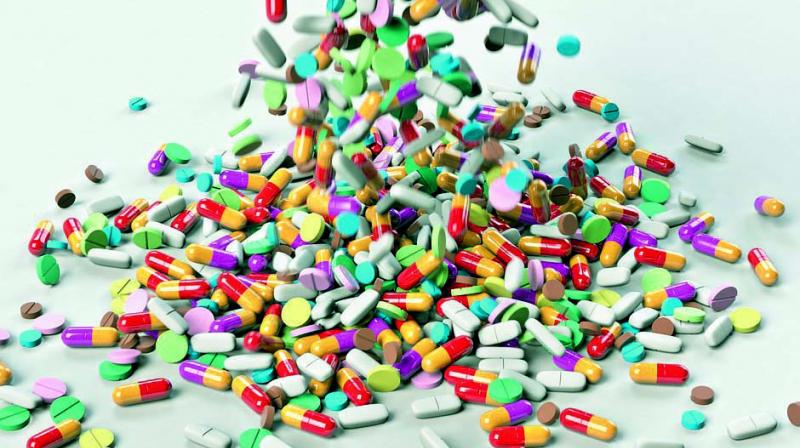 he World Health Organisation (WHO) describes antibiotics as medicines used to prevent and treat bacterial infections.

Doctors in Hyderabad have expressed concern over a recent study that shows two out of three healthy Indians are antibiotic resistant.

They say it is a serious public health problem as some bacteria that are capable of causing serious disease are becoming resistant to commonly available antibiotics, which means that treating infections in people is becoming a much harder process.

The study published by The Indian Council of Medical Research (ICMR) analysed 207 healthy individuals, of which 139 were found resistant to one or more classes of antibiotics.
Doctors explain why the results are such a huge cause for concern.

“The bacteria which used to previously respond to a simple antibiotic is now resistant even to the highest one. This means that if one gets an infection, it could in some instances, have no cure at all or only through very few antibiotics,” he explains.

Dr Manmohan Gavvala, consultant dermatologist at Apollo Hospitals in Hyderguda agrees that increased resistance could mean the use of higher drugs in patients in the future, cautioning that it could also have greater side-effects.

Why is it happening?
According to doctors, the study reflects the sorry state of unnecessary antibiotic usage in India.

“It’s a fact already known since several years. There is an urgent need for taking corrective measures. Over-the-counter usage of antibiotics should especially be stopped,” he states.

Dr Gavvala explains that the situation is even more worrying in developing countries like India since antibiotics are easily available without a prescription from medical shops.

“The main cause of developing antibiotic resistance is irrational use of antibiotics without the prescription of a medical practitioner for inadequate periods of time, which in turn leads to resistance,” he explains.

According to Dr Anand, one of the ways to combat it is to regulate antibiotic usage across several industries like poultry, as also among the general public. This can be done through education and advertising, he says, adding that “highlighting the costs involved by their unnecessary usage will also help.”

Another way to combat the menace is to ensure that they are sold by medical pharmacies strictly on prescriptions from registered medical practitioners, Dr Gavvala adds.

“Patients should not be encouraged to repeat the course or give it to friends and family without the advice of a physician, who should also use antibiotics judiciously and only when required,” says Dr Gavvala.

Further, he says, “Whenever possible, it is better to do a culture sensitivity test before prescribing antibiotics. If we follow these methods, we may be successful in reducing the antibiotic resistance in our society.”

In fact, he adds that though normal non-pathogenic bacteria are commonly seen in the human body, they are harmless and may actually help the body in preventing the growth of pathological bacteria.