Sadiq Ali can hold 15 scissors in one hand as famous cricketers including Inzamam-ul-Haq have become regular customers. 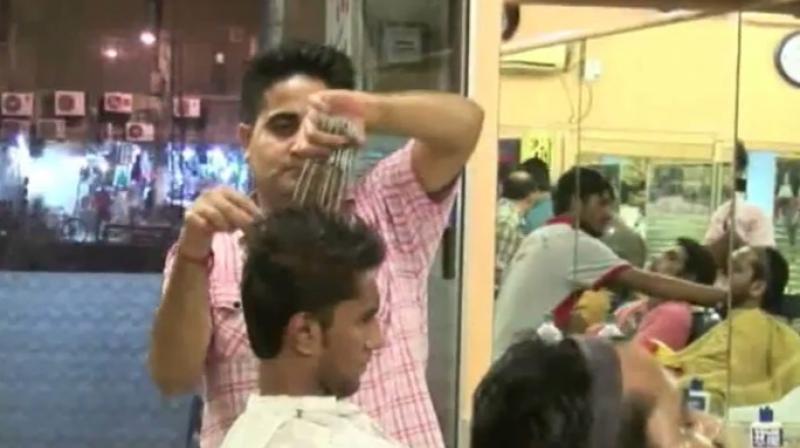 The barber charges close to Rs 100 for a 20 minute haircut (Photo: YouTube)

Everyone cinema buff has been fascinated by Edward Scissorhands using his razor sharp fingers to chop through almost anything like a pro in the 1990 film. But while the fictional character left everyone astonished, can such an individual exist in real life?

It seems Pakistan has found its real life version of Edward Scissorhands in a 33-year-old barber named Sadiq Ali from Lahore. His small salon is always packed with customers waiting to get a haircut by the unusual technique where Sadiq holds 15 scissors in one hand and uses them at once.

The barber charges close to Rs 100 for a 20 minute haircut and has become famous thanks to local media. Among others, well known cricketers like Umar Akmal, Sohail Tanvir, Inzamam-ul-Haq and Pakistan coach Mickey Arthur are his regular customers.

Sadiq was inspired to use the technique by Chinese hairdresser Zedong Wang who set a record for using 10 scissors at once in 2007. Ali hopes to enter record books some day by using 16 scissors at once.