The macaque was unconscious for 10 hours before it was revived by vets using a saline and carbon solution. 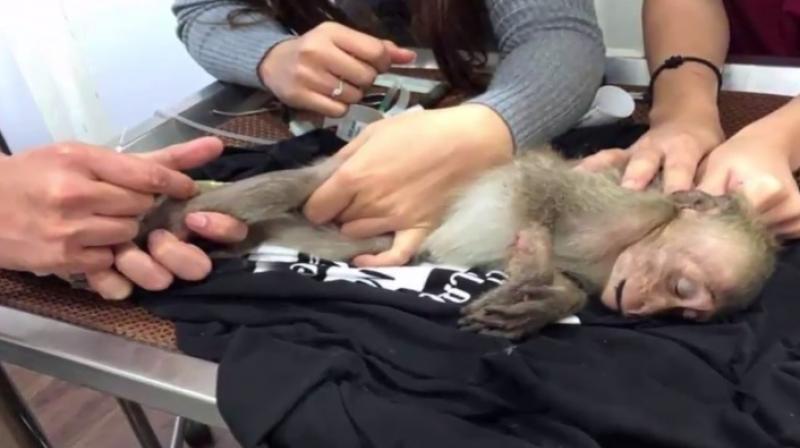 The monkey was released after recovering and a warden was assigned to ensure its safety (Photo: YouTube)

People have a tendency to feed animals while travelling despite several places warning tourists against it. While people mostly offer bananas and fruits to monkeys, these creatures seem to be developing some astonishing cravings.

While bike owners in India recently caught a monkey obsessed to drinking petrol, a macaque in Thailand passed out on coffee. It turns out that drinking from a tourist’s cup of coffee led to a caffeine overdose for the six-month-old primate.

The monkey fell ill and collapsed after taking a sip from a cup of coffee on a tourist’s bike as locals called a vet. It remained unconscious for 10 hours before being revived by medics using a saline and carbon solution.

It was released in the care of its troop but a warden was assigned to ensure that the macaque doesn’t repeat the actions. Vets also advised people to be careful while leaving food and beverages in areas frequented by monkeys.