For comedian Neeti Palta, Mumbai winter is like “Satan had a meltdown and he had a party” 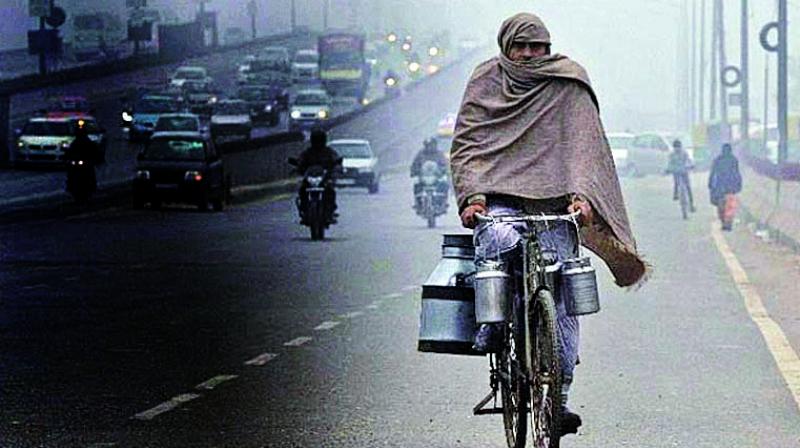 While many find it funny when Mumbaikars pull out their cardigans even at 12°C, for a few it is a matter of being acclimatised to the weather.

Earlier this year when Delhi was braving the cold wave, with the temperature dropping to 4°C, January 10 was declared as the coldest January day since 2013 in Mumbai with the minimum temperature recorded at 12.6°C. And now in November as the mercury starts to dip, Delhiites in Mumbai are poking fun at Mumbaikars for getting a feel of ‘winter’ already.

From wearing woollens as soon as the weather drops to 21°C, to choosing hotter drinks, the obsession of Mumbaikars with winters makes the northern part of the country wonder where the ‘winter’ really is.

For comedian Sorabh Pant, the whole idea of Mumbai winters is warped. “I mean winters in Mumbai is the most hilarious concept. I was in Pune once for a show and people said ‘Oh my God! It has gotten so cold in Pune’. And I was like ‘where is the cold?’,” recalls Sorabh. On the other hand, comedienne Neeti Palta finds the winter in Mumbai like “Satan had a meltdown and he had a party.”

Recalling an incident when he saw someone in a monkey cap, Sorabh quips, “I find it embarrassing. I saw somebody wearing a monkey cap once. Who is the primate here exactly?”

While many find it funny when Mumbaikars pull out their cardigans even at 12°C, for a few it is a matter of being acclimatised to the weather. “Everyone has a different threshold. If you have lived in one place your whole life, you adjust to the climatic conditions there,” shrugs comedian Karunesh Talwar

According to Karunesh it is not smart to be drawing parallels between Delhi and Mumbai winters. “It is like ‘mujhe nahi lagi thandi, tujhe kaise lag gayi?’ There are lot of factors, while some feel cold and other’s don’t,” he says.

Even for stand-up comic Sanjay Rajoura, all this is a ‘bad joke with no basis’. “I mean if you go to Delhi, it gets colder. Besides, Delhi people at one point needed to pull out their warm clothes by this time, yet now they are still sleeping with the AC on at night, so they can’t really talk,” groans Sanjay, adding, “They’re two different cities and people should just let it be.”