Driving away the stigma

Stereotypes associated with women drivers happen to be poison that is yet to be drained out from our ‘progressive’ social stream. 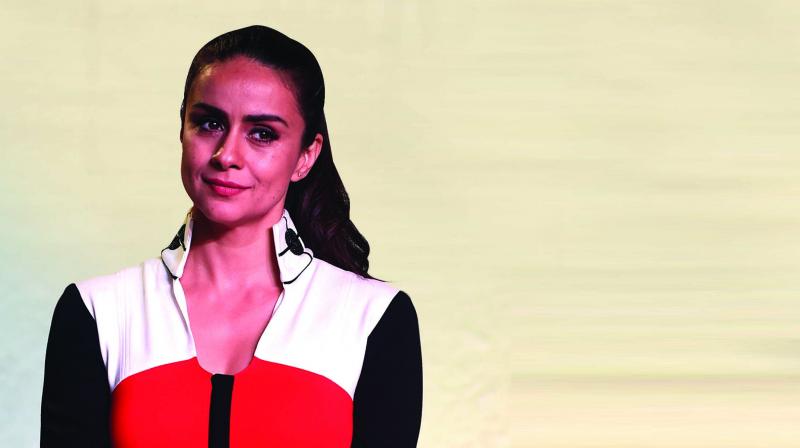 Actor and automobile enthusiast Gul Panag, a name known in the entertainment world for leading an ethical and disciplined life, was in town to launch a campaign. Named #HerDrive for supporting women car buyers and drivers, this initiative by Mahindra & Mahindra has been kick-started with an eight city tour, where women car-buyers would be invited to champion the cause of breaking through gender stereotypes and taking the unconventional path in life. The girls have already driven in a cavalcade across the city, with the Ambarsariya actor driving the lead vehicle. Amid all the hustle and bustle, she sat with us and shared some titbits on certain lesser-known aspects of her life.

On her affinity with driving
I always saw the women in my family drive. And I think that was a normal thing for me when I grew up. I also had many opportunities to go to interesting places on road trips with my parents, especially my mother. However, my first memory of going on an off-road trip was to Ladakh with my father was when I was seven. He was posted there and I was staying with him. So, I have been exposed to the thrill of being in SUVs and driving has been in my life from a very young age. Being in cars can also be defined as an integral part of my journey.

On women-driver stereotypes
There is nothing that men can't do and women can or vice-versa, other than physical obstruction, of course. But, physical characteristics cannot be brought to the forefront and used as a factor for looking down upon lady drivers. People without a hint of the girl's driving skills just lament that “ladki hai, gadi sahi se to chala legi na?” Let's just snap out of it. We now have lady drivers in commercial vehicles as well. How can we still make such comments?

On entering the world of glamour
While I was pursuing my Bachelor's degree (in Mathematics), I went on to win Miss India, and took a couple of years' break after which I decided to pursue my Master's (in Political Science). After a couple of years again, I got my private pilot's licence; the rest (getting breaks in various forms of entertainment — movies, commercials, television) was happening in the background.

On being incorrectly considered a model
Winning a Miss India pageant and being a model are two very different things. A model is somebody who is selling a product and is limited to just doing that. Whereas, I did not need to do any such thing and, thus, I was never a model. I don't know why people keep on confusing the two. I guess it's just that there has been an everlasting association of acting with
modelling.

On playing an army personnel
I come from an armed forces background where I had my first exposure to automobiles. But, it went on to prepare me to choose characters that I believe in. I always knew that I was prepared for such a role. Still, it was a dream come true to actually get to play the role of an army officer (Saloni in The Family Man).

On campaigning for women empowerment
When I came to know that such an initiative is being taken, I couldn't keep mum. I had to support the cause. Now is the time when women need to be put in an equal footprint when it comes to consumers. Having said that, it also feels great to celebrate the fact that men are coming forward to bridge the disparity. Yet, the stereotypes still remain and we, through every small step, can try and shatter the stigmas and develop on a whole as an equal society.