Bad behaviour in public leads to celebrities not only falling from grace in their fans’ eyes, but also exposes their indecent side. 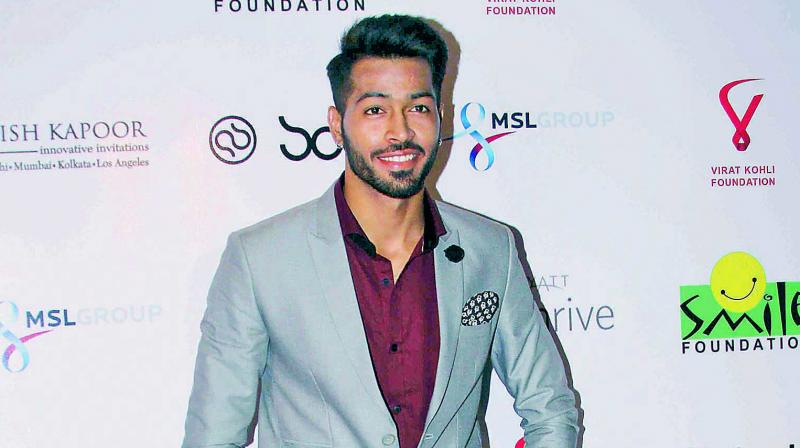 Koffee with Karan is a must watch, feel-good show where we realise how intelligent, well-spoken and well-behaved we are in comparison to most of the famous personalities interviewed on it. Cricketer Hardik Pandya is the latest ‘celebrity’ who not only showed off his silly self to the world, but also exposed how misogynistic his own family is.

Pandya boasted about how proud his family was when he pointed out a bunch of girls at a party and told them he had hooked up with them. He also revealed that after losing his virginity, he told them, “Aaj mai kar ke aaya (I have done it and come today).”

Another sports star in the news for all the wrong reasons is footballer Wayne Rooney who was arrested for public intoxication and swearing at Washington’s Dulles Airport. but unlike Hardik’s family, Wayne’s wife Colleen was not pleased. It has been reported that she called him up and screamed over the phone asking, “How many times do you need to be told (sic)?” As per reports, she has banned him from going anywhere without her permission.

Hardik and Wayne are great examples of people you don’t want to be or behave like. When asked to comment on celebs behaving foolishly, Supreme Court advocate Dr Menaka Guruswamy says she has nothing more to say than, “Hardik is being a silly guy. Look at Sachin and Rahul Dravid, how respectful, well-behaved and talented they are. He is obviously not of their caliber and neither has he learnt anything from them.”

Lawyer Devanshi Singh, wife of an international cricketer too isn’t impressed with boys being obnoxious or boasting about the number of girls they have been with. “I am all for open discussions in the family and owning up your sexuality, but it cannot and should not transcend to disrespecting or objectifying women. Boasting about your ‘conquests’ to your parents/friends, objectifying women in front of them and getting a seal of approval from them is not normal and certainly not an example one wants to set as a role model or an uber cool family. Being famous doesn’t give you a pass to be indecent.”

Former India Captain Mohammed Azharuddin’s son Abbas also is disappointed about men who talk like Hardik. “I agree that as a cricketer you get a lot of female fans who give you attention, but respect that and maintain your dignity,” he says. Abbas felt Hardik came across as foolish on the show.

Communications consultant and political advisor Dilip Cherian too is not impressed about anyone talking so loosely about women. “Cricketers need to get past the idea that their adulation equals access. The world has changed. Even rockstars with their swagger and groupies have to maintain discretion where only they and the partner know about it.”