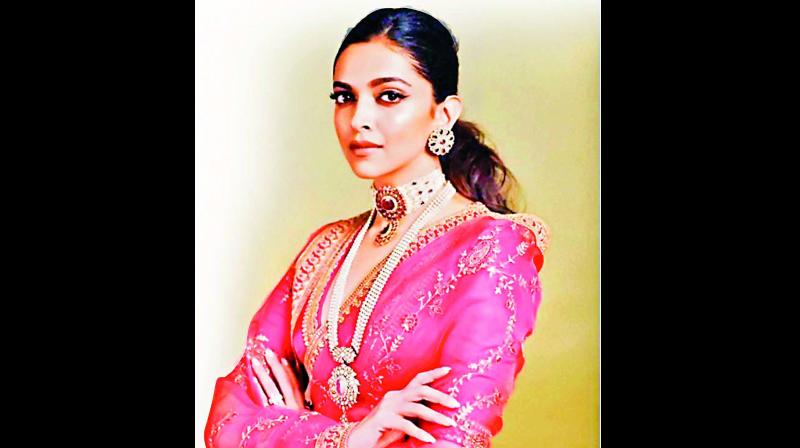 Deepika Padukone, one of today’s most successful actors of the Hindi film industry, is being mercilessly torn apart by the troll army. Her fault was making an appearance at the country’s premier educational institute — Jawaharlal Nehru University, in a show of solidarity with the students who were brutally attacked by masked goons on Sunday night.

In a couple of pictures shared from the campus, Deepika can be seen standing with folded hands in front of the JNUSU president Aishe Ghosh. As she stood beside the protesting students, she also saw JNUSU president Kanhaiya Kumar raise slogans.

While her bold move comes during the extremely trying times when a political blame game is at its peak, keyboard warriors, whether or not ideologically inclined to a particular political party, have taken it as yet another opportunity to shame an actor for the strong political message she has marked with her arrival at the campus.

While they are too quick to dismiss her decision to stand by the brutally attacked students as a “publicity stunt”, in the event of the release of her upcoming film Chhapaak, which is based on the heart wrenching story of an acid-attack victim Laxmi Agarwal, not everyone’s heart is filled with hatred. Support has also poured in from all quarters, holding the actor in high regard for the bold decision to come out in support and the latest being DMK leader Kanimozhi.

As per news agency ANI, the DMK leader said, “I don’t watch many Hindi movies, they're actually making people like me go and watch her movies and support her."

As a portion of social media users began trending #BoycottDeepika and #BoycottChaapaak, the actress, who has defied similar ugliness in the past shown by a ruling party politician who put a bounty on her head during her film Padmaavat release, seems to have sent out a strong message, especially when many of the Bollywood biggies have chosen to maintain silence.

“I won’t belittle the efforts shown by the actor who has gone all the way till there. It’s good that she has come forward and shown her solidarity with students at times of crisis. This is something I really welcome,” said city-based senior advocate Sudha Ramalingam.

Talking about trolls, Sneha, a media student, says, “If she hasdone it out of genuine concern, whether or not her film is releasing, I appreciate it. As a student, I believe each and every student should stand by the students at the JNU, in the light of the ongoing brutality on the university campus. A lot of celebrities have refrained from voicing their opinion but, Deepika, being in a position of power, has come forward. As they say, with great power comes great responsibility and she has done exactly that.”