This year’s budget is set to be announced on February 1 and already the countdown for it has begun. 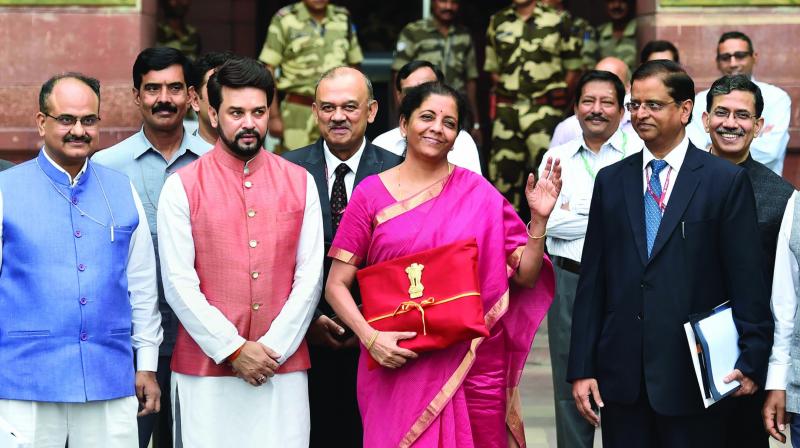 It’s the most wonderful time of the year! And, no we are not speaking of Christmas but it is that time of the year when the budget is all set to be discussed and eventually announced.

Prime Minister Narendra Modi recently tweeted, “The Union Budget represents the aspirations of 130 crore Indians and lays out the path towards India’s development. I invite you all to share your ideas and suggestions for this year’s Budget on MyGov.(sic)”

The entrepreneur side of things
Entrepreneur Praveshh Gaur points out that the PM has pushed for a $5 trillion economy by 2020 and this will be pushed for in a big way by startups. He continues, “I am looking forward to the government easing norms to attract foreign investment in the wellness sector.” He hopes, “Some announcements in the budget to boost consumption would also be a good move. Additionally, focusing on the youth, there must be a layout of means to enhance job creation across sectors.”

As a woman entrepreneur, Savitha Kuttan expects that the government’s Union Budget will once again lay its emphasis on the achievement of females in various fields. “As women constitute just 14 per cent of the national entrepreneurial force, there should be a committee that will ensure gender equality, boosting confidence on the part of investors, a safe social environment, and the ease to juggle work and family life.”

Another aspect she hopes for is that there should be easy loan schemes which will help in boosting more women entrepreneurs to come forward and spread their wings. It is essential to understand that empowering women entails equipping them to be completely independent, financially, physically and mentally.

The aam admi side
Sanjay Arya hopes that the budget for this year focuses on education and culture. He continues, “As a publisher, I would like to get subsidised paper and no GST on it and also the income tax act should be abolished.”

Whereas, in the case of Shriya Sachdeva a postgraduate student, she hopes, “Students are expecting a little drop in the travelling rates because the expense is very high despite student concession.” Whereas for students who are on the verge of graduating, she hopes for a little relaxation of income tax.

People’s response to the move?
Entrepreneur Upma Kapoor feels that it is a great initiative of the government to build consensus on something as important as the annual budget. She adds, “It is a laudable effort of the government to take into consideration the suggestions of the various stakeholders and attempt to include them in the budget. I hope people will respond positively to this call.”

Shriya, on the other hand, is on the fence say calling it a “complicated answer”. She concludes, “They should ask the public for an opinion but not like that. There are intellectual groups who should be asked to comment and provide insights. Otherwise, only a mockery will be made and this will clearly be seen as a rookie attempt to divert attention from more pressing and crucial issues.”