The royal wedding at St George's Chapel, in Windsor Castle on May 19 is set to be one of the most guarded events of the year. 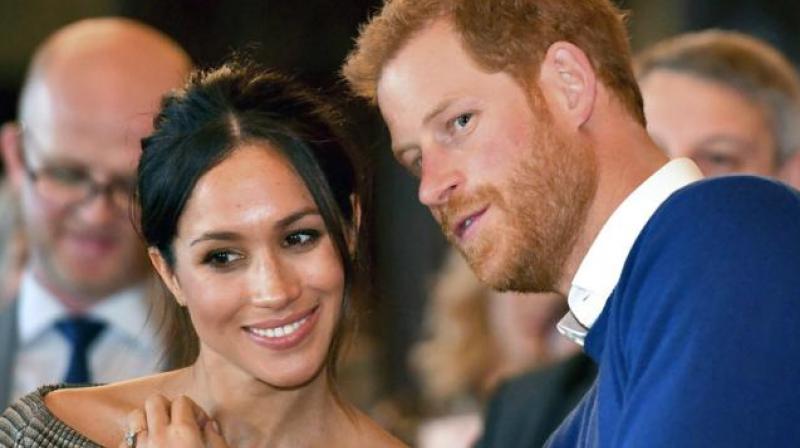 American actress Meghan Markle has been subjected to customary Army training to tackle any serious eventuality such as a hostage situation as she edges closer to becoming an official member of Britain's royal family following her wedding to Prince Harry in May.

The 36-year-old was joined by her royal fiance as troops from the Special Air Service (SAS), the British Army's specialist unit, used live ammunition as part of a recent training exercise, according to the ‘Sunday Express' newspaper.

The exercise is part of a course devised to ensure Markle is prepared for all possible emergencies as a member of the royal family, with the “kidnap and rescue” part of the course being described by a former SAS officer as “devised to frighten the life out of anyone”.

Gerald Moor, a former senior Army intelligence officer, told the newspaper that the kind of training the newest member of the royal family will have undergone is “the toughest, provided by the Army's finest”.

Moor, who is now CEO of Inkerman Group, which provides security services including kidnap survival courses for corporate and government clients, added: “Meghan will have found the experience physically and psychologically gruelling.

“The men enact a kidnap situation, during which she will have been treated as a hostage, with the area being stormed by the SAS. She will also have been advised how to develop a relationship with her kidnappers, which is often far better than trying to escape.

“She will have been shown how to deal with situations when things go wrong, for example if her close protection officer gets shot and she has to fend for herself.”

The training course was based near the SAS headquarters at Hereford with a regiment which undertakes most of the British military's sensitive undercover work, including covert reconnaissance, counter-terrorism and hostage rescue.

Nearly every senior royal, apart from Queen Elizabeth II, has been on similar courses. However, Kate Middleton, the Duchess of Cambridge, did not do the course until after her wedding to Prince William.

The reason Markle has undergone the security training before officially becoming a member of the royal family is reportedly because of the heightened security scenario in the wake of five terror attacks in the UK last year.

The Los Angeles born actress best known for her role in the television drama ‘Suits' already has round-the-clock protection.

The royal wedding at St George's Chapel, in Windsor Castle on May 19 is set to be one of the most guarded events of the year, with an elite close protection unit of 30 SAS soldiers on duty.