He sent a picture of the woman on a Whatsapp group of doctors and a senior resident helped out. 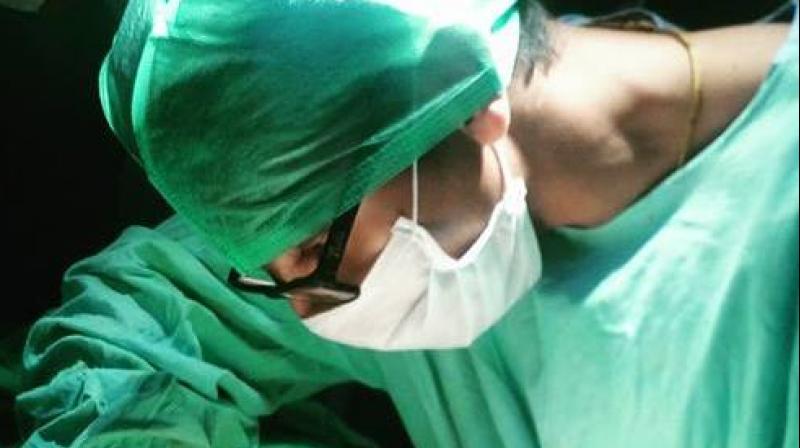 Quick thinking and technology put to good use (Photo: Facebook)

Nagpur: A bollywood movie showing engineering students delivering a baby using appliances and quick thinking may have received loud applause from audiences, but no one really imagined a similar scene playing out in real life.

Following the birth of a child at 42000 feet on a flight with help of cabin crew, another story is spreading hope and winning hearts. A final year MBBS student delivered a child and saved a life as he performed the entire operation by coordinating with his seniors through WhatsApp messages.

24-year-old Vipin Bhagwanrao Khadse isn’t a qualified doctor, but when a co-passenger Chitralekha went into labour on the Ahmedabad-Puri Express, he decided to help. Chitralekha was in a lot of pain and was bleeding profusely, but Vipin kept calm and uploaded a picture on a Whatsapp group of doctors.

A senior resident at the Nagpur based government medical college and hospital where Vipin studies came to the rescue and a baby boy was delivered after careful coordination and some help from a midwife.

The student has received a lot of love on social media as such incidents continue to restore faith in humanity.