10 most dangerous sea creatures you should know about

From the elusive sea snake to the fire coral and jelly fish we list sea creatures you should be weary of. 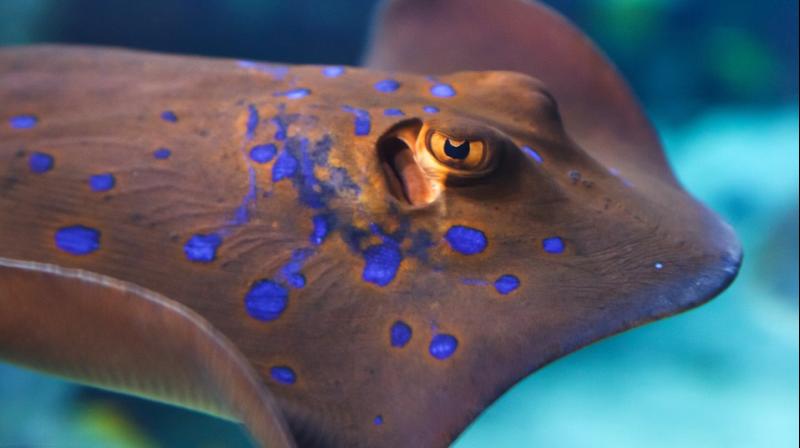 The majority of stingray incidents happen when divers and swimmers accidentally step on them, causing the stingray to defend itself using it’s sting. (Photo: Pixabay)

With summer back in full force, it is only natural that families will head out to the sea to bask in some sunlit glory.

Swimming is one of the healthiest sports that one can engage in. However, perhaps swimming in the open ocean is not that good an idea.

Better find a swimming pool or stay close to coast when you want to swim.

Here are 10 most dangerous sea creatures that swim in the ocean:

Fire Coral: Fairly closely related to jellyfish and anemones these small organisms can deliver a power sting with it’s invisible tentacles. The results can vary from a mild irritation to severe pains and is sometimes even associated with nausea and vomiting.

Lionfish: Fairly closely related to jellyfish and anemones these small organisms can deliver a power sting with it’s invisible tentacles. The results can vary from a mild irritation to severe pains and is sometimes even associated with nausea and vomiting.

Sea snakes: Sea snakes can be found in Indian Ocean and Pacific oceans. They can reach a maximum length of between 4 and 5 feet while some species can reach lengths of up to 10 feet. Sea Snakes aren’t aggressive animals but due to the amount of toxicity in some of the species venom, they are in the list of most dangerous sea creatures. Human confrontations are rare.

Stingray: Stingrays are one of the more passive creatures in oceans and hardly ever attack. The majority of stingray incidents happen when divers and swimmers accidentally step on them, causing the stingray to defend itself using it’s sting.

Tiger Shark: Commonly known as sea tiger, the tiger shark is a relatively large macropredator, capable of attaining a length of over 5 m. The tiger shark is a solitary, mostly nocturnal hunter. Its diet includes a wide variety of prey. The tiger shark is reported to be responsible for a large percentage of fatal shark bite incidents, and is sometimes regarded as one of the most dangerous shark species.

Great White Shark: The Great White tends to attack humans when they are hunting for food, it’s nothing more than basic instinct. Moreoevr, a lot of time humans on surfboard often look like turtles to them from the ocean floor. Turtles are their natural prey.

Stonefish: Despite its small size (up to 12 inches) is regarded as the most venomous fish in existence. It’s camouflaged body can keep it perfectly hidden between rocks underwater, adding to its danger. It’s the dorsal fins you have to be worry of, which are sharp enough to pierce through a shoe so watch your step.

Crocodiles: A recent story was doing the rounds where a bride had her arms ripped off by a crocodile while on her way to her own wedding. Crocodile attacks are not uncommon along sea shores, where sea water crocodiles may have come to sun bathe or catch prey.

Chironex (Box Jellyfish): It does not have a venomous bite, rows of sharp teeth, or even an obvious mouth for that matter. But nevertheless, the box jellyfish is more responsible for human deaths than snakes, sharks, and saltwater crocodiles put together.