The enormous sea menace – thought to have died out around 2.6 million years ago – would dwarf a great white shark. 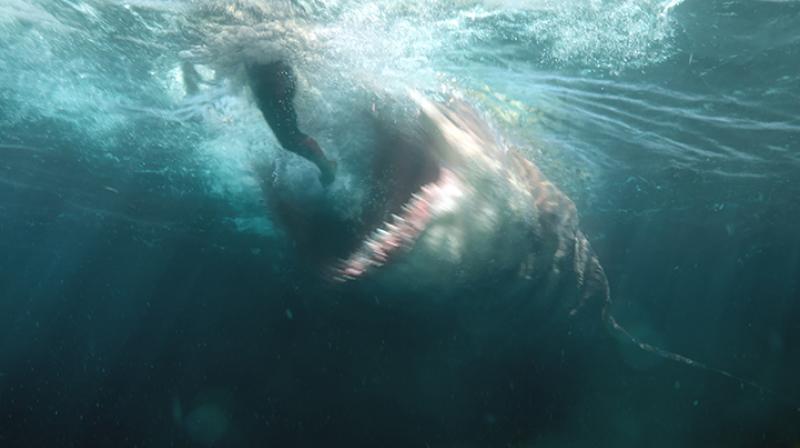 A 2016 clip believed to have been filmed in the Mariana Trench – appears to show an enormous shark scouring the sea floor.

The focus of new Hollywood blockbuster The Meg, according to conspiracy theorists, still exist. Apparently the prehistoric megalodon has managed to successfully evade detection for millions of years, says the report.

The enormous sea menace – thought to have died out around 2.6 million years ago – would dwarf a great white shark.

However, despite being extinct, several unexplained videos posted online have fuelled suspicions that the beast lives.

A 2016 clip, referred to by Daily Star and believed to have been filmed in the Mariana Trench – appears to show an enormous shark scouring the sea floor.

The huge creature is recorded as it swims over the top of what looks like an abandoned shark cage.

The clip was uploaded to YouTube in 2016 but has re-emerged on social media after Jason Statham’s new film released.

“This makes Jaws look like an easy lunch,” another added.

While some believe the footage is proof that megalodons are not extinct, many were quick to point out that it actually shows a docile Pacific sleeper shark.

Scientists have long believed that the megalodon evolved into today's scariest sea predator, the great white.

But a new study comparing teeth suggests that the great white is more closely related to the smaller, but equally vicious mako shark.