With the threat of unfiltered media content reaching children looming large, how does one ensure the right kind of information is reaching kids? 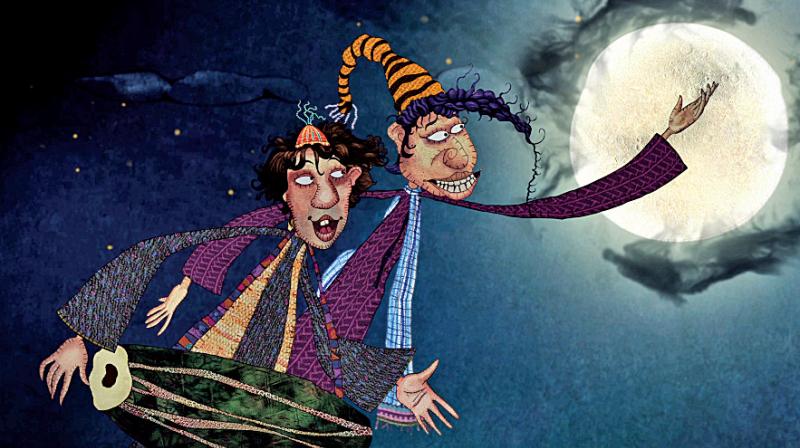 At a time when the media is all-pervasive, how does one regulate its intake — especially for a child? This is a question that has been buzzing ever since the media boom and digitisation first happened. With children’s day coming up, Godrej Culture Lab has come up with a two-day event that looks into just that. A panel discussion seeks to address these issues verbally, while film screenings curated for kids, helps walk the talk.

“There is really no way to stop access to media. Kids will find a way around restrictions anyway. So the best way to go about it is to ensure that there is enough exposure to positive empowering material online,” says Monica Wahi, founder of South Asian Children’s Cinema Forum. “Another way to ensure a more positive response to the bombardment from social media is to constantly teach kids the distinction between positive and negative influences. This is something that needs to be done all the time and both at school and at home. Indeed, I think that there should be a course dedicated to just this.”

Founder of the Going to School movement, and the author of the eponymous book, Lysa Heydlauff, says that in India, there is at least the advantage that kids only get exposed to social media at 12 years of age or later. “Most kids who are younger don’t have access to a handset. Also, rural areas are still not so digitised and kids still sit down with parents to watch TV. I think that that’s actually a good practice, since it’s a family-friendly culture to promote,” she explains.

An essential step in preparing kids for social media is to know what kind of material to expose them to, and here both Lisa and Monica have a couple of ideas. “I think that any TV show, book or movie to do with problem solving is a good idea in today’s day and age, when we are surrounded with economic, social, political and environmental changes everywhere,” says Lisa.

Monica adds that it is essential to ensure that the content shows an inclusive outlook towards life. “When filtering content that’s supposed to be child-friendly, people often just stick to content with no expletives and violence. However, one also needs to see the kind of values that the film, book or show is embodying. If it is showing only upper caste, upper class boys or men, then it’s teaching children a very narrow viewpoint. On the other hand, if there is a depiction of a more varied strata of people, that’s what one looks for,” she elaborates.

The Children’s Cinema Forum founder gives a few instances of films that have hit the right note for kids to look at. “Ottal, a Malayalam film we will be screening at the festival, shows the story of a boy and his goatherd grandfather in a village set-up. It looks into the nuances of child labour and other issues, and is a great watch for kids. Movies can have a lot of impact on young minds. For instance, I once screened a Canadian film called Window Horses, which is a story of a girl called Annie, a self-published poetess who goes to Iran. In the feedback forms, most of the kids had written that they were pleasantly surprised to know that Iran was a land of humour and poetry. They had only known it as a land of terrorism,” says Monica.

Though one can definitely try to create a positive outlook in children in a world inundated with media, often sheltering them from the darker sides to it is not possible. Trolls are especially one such issue. “There really is no solution to this. With other content, you can regulate it. But the kind of negativity trolls create is terrible even for adults. As someone who has faced it myself, I can only hope that the structure of society itself will change, so that people at large, and kids, specifically, can be spared this menace,” she signs off.