What is needed to protect animals in our country — stronger laws or a change in mindset? 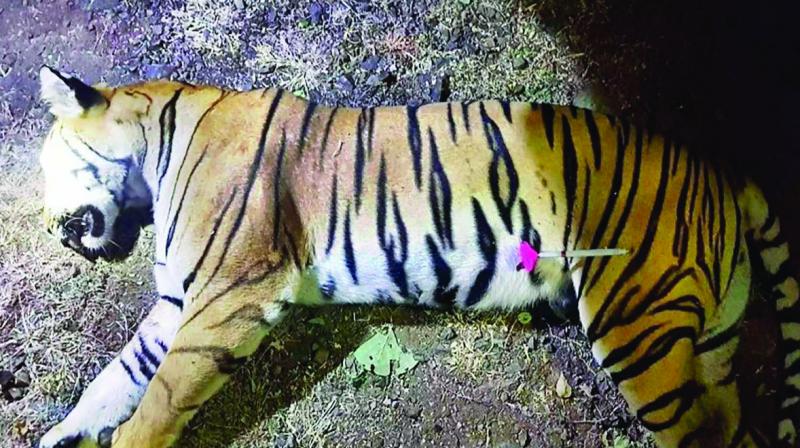 Cruelty to animals has always invited the wrath of animal lovers as well as the public. The latest such incident is the killing of Avni, a 5-year-old tigress.

Cruelty to animals has always invited the wrath of animal lovers as well as the public. The latest such incident is the killing of Avni, a 5-year-old tigress. Avni was shot dead in compartment no 149 of Borati forest, as all attempts to tranquilise her failed. Maharashtra Forest Minister Sudhir Mungantiwar claimed that the Forest Department officials had been trying to capture her alive for three months, but had to shoot her down after she attacked the officials. The tigress had reportedly killed 13 people over the past two years.

The Supreme Court had ordered in September that Avni could be shot at sight, which was followed by an outbreak of online petitions seeking pardon for the tigress. Union minister Maneka Gandhi termed the shooting of Avni ‘patently illegal’ and a ‘ghastly murder’. Organisations like PETA India have come up against the act.

In another incident, villagers in Uttar Pradesh’s Dudhwa mowed down a tigress and beat her to death after it allegedly killed a 50-year-old man in the tiger reserve. Man-eater tigers are a threat to society. However, to eliminate the threat, do these animals have to be killed?

Should such dangerous animals be tranquilised and moved to reserves? As demanded by animal welfare organisations, should such cases be treated as wildlife crimes?  If laws are not strong to protect animals, will they be facing extinction in near future?

Law permits killing
Vikrant Pachnanda, lawyer
The honourable Supreme Court judgement in the case of Dr. Jerryl Avinash Banait v. the State of Maharashtra vide order dated September 11, 2018, stated that the state of Maharashtra was bound by the order passed by the Chief Wildlife and Principal Chief Conservator of Forests (Wildlife), Maharashtra, wherein inter alia efforts to transquilise the T-1 tigress would be continued and if unsuccessful, it shall be eliminated by shooting to avoid any further loss of human life. Section 11(1)(a) of the Wildlife Protection Act provides for the Chief Wildlife Warden to kill a wild animal specified in Schedule 1, which has become dangerous to human life and cannot be tranquilised.

Change in mindset needed
Deven Baheti,  Pet Café owner
Stringent laws are not the only thing that can save the endangered animals from such heinous acts. It is the mindset of the people that needs to change. We should understand that it was human beings who encroached upon their natural habitats, and now they are reacting to that encroachment. Also, Avni’s killing was sanctioned by a government official. Relocation of wild animals is absolute blasphemy. Why should wild animals have to the face the brunt of human civilisation?

There is nothing called a wildlife crime. Just like how man kills animals for meat and other purposes, wild animals kill humans, too.

That is how our ecosystem has been created. How long are we going to do such murders in cold blood and endanger more species?

The only solution is strong laws to protect these marvelous creatures. Man does not realise that we need greens and animals to live.

We need to learn to respect and coexist.  RIP Avni. We failed you as human race.

Killing not a solution
Anitha Thomas, entrepreneur
The universe is home to all living creatures, then why does man have to be selfish? Danger? That’s caused both by man and animals. Why do we resort to killing of animals as a solution to the troubles they create? Killing is not a solution at all; rather proper plans should be implemented.

Perhaps, area restrictions could be put in place. And in extreme case, animals could be tranquilised and moved. But killing is not the solution, just because we think it’s the easiest way to get rid of them.

We must protect animals
Sangram Singh, animal activist
They could definitely be shifted somewhere safe, killing is not an option. Killing is stupid and mad, because tiger population is anyway limited, and like us they also have the right to live. Being humans, it is our duty to protect animals. We should keep an eye on people who are behind the killings and there should be action taken against them. They say the animal was violent and was attacking humans; so they decided to kill them. But on the contrary, humans are attacking humans even more. We don’t take such actions against them. According to me, they should be caught safely and be relocated in a forest. The laws are strong, but they will only work when more people are involved. People should also be made aware of the importance of animals in our lives. The understanding should be such that we treat animals are our friends and not enemies. They only attack when they feel threatened.

Killers should be punished
Devan Thuppali, animal lover
Despite so many efforts by individuals and animal rights activists to save our tigers, we constantly hear of such gruesome killings of the endangered species that we need to protect.

Severe punishment must be mooted by the government in cases such as the killing of Avni, a mother of two.

Tigers are protected under the Indian law; however, a state government can issue orders to have them killed if they are dangerous to humans. And sadly, in this case, the state government gave the permission to capture and tranquilise Avni, but she was killed.

Imagine the plight of her two nine-month-old cubs. Will they be able to survive out there in the jungle alone? I sincerely hope there is a detailed probe on how this killing was approved, and those responsible are brought to task so that such incidents will never ever occur again.