The magnetic Madame Menaka and the Tiger of Hastinapur 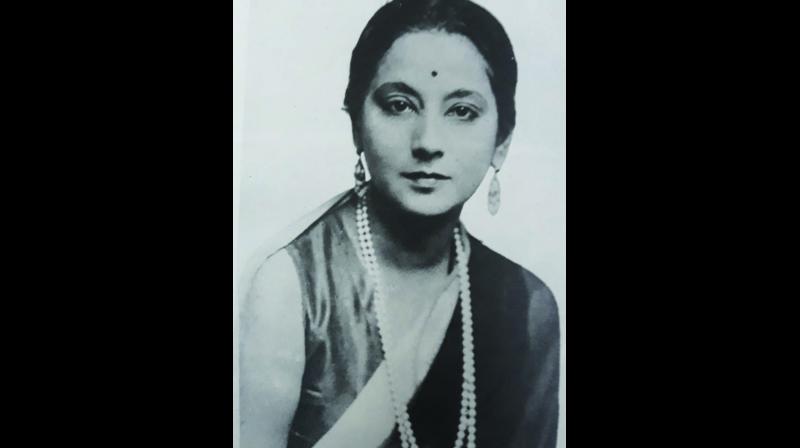 You might wonder what does this title refer to? Kathak dancers may know of Madame Menaka. But if you ask any young Kathak dancer, he would say: “Madame Menaka who?” And what does it mean “and the Tiger of Hastinapur”? Even if you know from the Mahabharata Hastinapur as the kingdom of the Pandavas, what has it got to do with the Tiger? When I first saw a photograph from the Tiger of Hastinapur in a book by Damayanti Joshi on Madame Menaka, the legendary dancer, a contemporary of Uday Shankar, Ram Gopal, Rukmini Devi and Balasaraswati, I was confused about the title of the photograph. Damayanti Joshi, the author, a disciple of Madame Menaka, does not throw any light on the photo except that it is a sequence of a film which was made in Germany in 1936 by a nascent film industry with silent films in Germany and London.

Those who would have seen the play based on life of the filmstar Devikarani, recently staged in Mumbai, New Delhi and Pune, would remember the opening scene, in Germany where Bombay Talkies English film Karma’s setting is being shown in which Devikarani is being interviewed by the press. It suggests that in Germany, the film industry was making silent films. The Tiger of Hastinapur seems to have been filmed then in 1931. Or thereabout.

Let me explain. When I saw the clipping of the film, I saw in the first shot a corpse of a tiger lying on the floor and then the scene moved to a court where Menaka and her dancers were seen performing presumably for a king. Then we see a king entering the court and taking his seat on the throne. Someone then whispers in his ear and he leaves the court and dancers and comes to an open ground. The scene cuts to a jail where a young man is being held captive. The door opens and the heroine clings to him. The clipping ends there. One does not know whether the King of Hastinapur killed the tiger. And therefore the name Die Tiger von Eschnapur was given to the film as the film was in the German language. There is nothing more in this clipping nor is the screenplay available, except the photo and the names of all dancers in the photo!

Madame Menaka was born on October 15, 1899 in Barisal, East Bengal in a family where they had estates .Her real name was Leila Roy. She was the daughter of an Indian Bengali Pearey Lal Roy, a barrister trained in England, who lived and practiced in Kolkata, and who had married a British woman. She as a child attended Loretto Convent in Darjeeling and studied Western music. As a child prodigy at St Paul’s School in London, she played the violin and won prizes. But when she wanted to perform in public in India, her conservative father did not allow her as it was considered “impolite” and “below one’s dignity” among the upper classes in India.

However, Leila and her sister Meera were exposed to “art” and knew thanks to their father’s contact with Indira Raje, the princess of Baroda. They saw Bharatanatyam and also Kathak, which was called “Nautch”, in the durbar. They liked Kathak and after the recommendation of Indira Raje, the father relented and Leila studied Kathak under Pandit Sitaram Prasad, who was related to Achhan Maharaj, Lacchu Maharaj and Shambhu Maharaj, traditional Kathak dancers, sons of Kalka Prasad, brother of Bindadin Maharaj, the great Kathak dancer and a famous poet from the Lucknow gharana. Sitaram Prasad was invited to Kolkata to teach the two sisters dance.

There was no looking back for Leila once she started studying passionately. She wanted to be a professional dancer. Then she got married to Col. Sahib Singh Sokhey of the Indian Medical Service. He was posted in Mumbai (then Bombay) as assistant director of Haffkine Institute. After the marriage, Lela moved to Bombay and with the support of Col. Sokhey further studied under Kathak gurus, In 1928, Leila had presented a solo recital. She started learning and also teaching dance to young dancers in the campus of Haffkine Institute. Within a period of three years, she trained some five to six young dancers. And decided to choreograph group dances with her students. 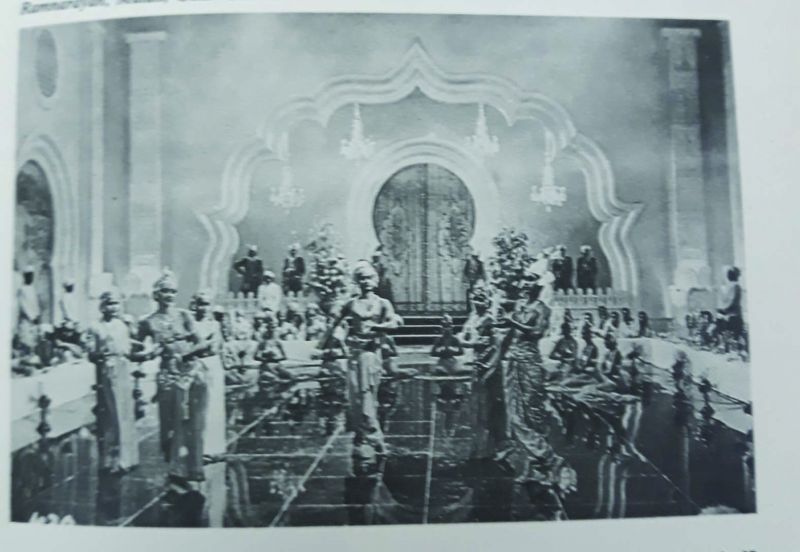 a dance sequence from the German film, The Tiger of Hastinapur.

In 1931, she choreographed Krishna Leela. After her guru left for Lucknow, Col. Sokhey invited Achhan Maharaj to teach her. Also Lachhu Maharaj joined Leila and choreographed Dev Vijay Nritya. For the group production Leila had Ramnarayan Misra and another male dancer Gauri Shankar. They were traditional dancers. Leila, whose name was changed to Madame Menaka engaged non-professional female dancers from respectable families and not devadasis.

Col. Sokhey was to attend an Intergovernmental Conference on Biological Standardisation in Geneva in the early 1930s. Col. Sokhey, with the help of an impresario, Earnest Krauss, arranged a dance tour of Europe for Menaka and her disciples. This was for the first time that audiences n Europe were watching classical Kathak dance-dramas and ballets. Uday Shankar’s productions were based upon his own style and not on any classical dance style. Menaka and her partners Ramnarayan Misra and Gauri Shankar made a great impression and during the Dance Olympiad at Berlin in 1936, Menaka won first prize for her Indian ballet Dev Vijay Nritya and the two male dancers received medals for their individual dances.

Her dance-dramas like Malavikagnimitram, Kalia Daman, Mughal Seranade and Viraha Milap won resounding success. After the successful tours of Europe, she had established at Khandala, a hill station near Bombay, Nrityalayam dance school and had engaged a Kathakali teacher Krishnan Kutty and for Manipuri Bipin Singh. Shevanti Bhosle, Vimla, Damayanti Joshi, Kamala Kritikar and later on Shirin Vajifdar and other dancers joined the Nrityalayam institute to study Kathak, Manipuri and Kathakali. Menaka cleverly used these styles for her dance-dramas. Indeed she was a pioneer in reviving Kathak dance and placed it on the dance map of the world.

Menaka was also associated with Poet Rabindranath Tagore, freedom fighter Sarojini Naidu, bohemian poet, actor Harindranath and his wife Kamala Devi Chattopadhyaya, who were staging plays in which Menaka used to appear and dance. An intelligent woman, she was aware of what she was doing for the revival of Indian heritage through dance.

After 1942, Menaka’s health began to deteriorate. She wad diagnosed with a rare disease Bright’s and she could not look after Nrityalayam well. Unfortunately, before we became independent of British rule on August 15, 1947, on May 30, 1947 she passed away.

Menaka was the first Kathak exponent who had embarked upon choreographing group dances and dance-dramas. It was Shirin Vajifdar who had written about her contributions in a special issue of Marg on Kathak. Menaka’s old photos show her as a dancer with a slim figure and her costumes reveal her taste. Like Uday Shanker and Ram Gopal, the mythological characters wore crowns and arm ornaments. The photos of the Malavikagnimitra dance-drama of Kalidasa and Dev Vijay Nritya and the rare film clipping discovered by Milai Milan, a young scholar based in Utah, USA used in her blog Cinema Nritya offer scholars enough academic research possibilities of the awareness that Uday Shankar, Ram Gopal and Menaka were creating through their choreographic works. Whereas Uday Shankar’s style was based upon his own inspiration and later on when he studied Kathakali, he used Kathakali to great advantage, Ram Gopal studied Bharatanatyam and also Kathakali and Menaka studied Kathak. The classical dance forms by the 1930s were seen in
Europe and America, with a snowballing effect, as when Uday Shankar, Ram Gopal and Menaka performed in India, people realised what cultural wealth India possessed. With Rukmini Devi, poet Vallathol and poet Rabindranath Tagore’s institutionalising Indian classical dance, dance once again was given the status of a form of cultural expression of the nation.

Shama Bhate, a Kathak exponent based in Pune, with her disciples from Nad Roop Institute, arranged for a project last year: Madame Menaka and Movement, offering dancers the opportunity to choreograph group works based on proverbs. Shama Bhate believes that Madame Menaka’s pioneering work is relevant and as a movement it can inspire the young generation to create choreographic works in present times.