Older orcas take on a different role once they grow older 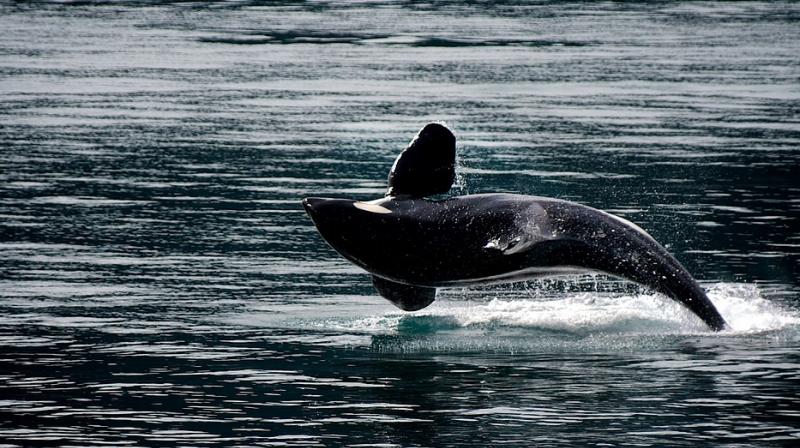 Female orcas begin to reproduce at age 15 and continue into their 30s and 40s and take on a grandmother role during menopause. (Photo: Pixabay)

Miami: Competition between mothers and daughters may explain why orcas, also known as killer whales, are among just three species known to go through menopause, researchers said Wednesday.

Older females who are no longer able to bear offspring play a key role in helping families find food and survive, said the findings in the journal Current Biology. And when elder females do bear offspring at the same time as their daughters, their babies face a 1.7 times higher mortality rate, said the report. Under such circumstances, it makes more sense for older females to stop procreating and save their energy to help younger members of their family instead.

This "can explain why old females stop -- they lose out in reproductive competition with their daughters," said Darren Croft, a researcher at the University of Exeter in southwest England. Female orcas begin to reproduce at age 15 and continue into their 30s and 40s. They can live to be around 90. During the menopausal period, they assume a grandmotherly role, protecting the younger members of their group and sharing their experience to aid in hunting and foraging.

As the largest members of the dolphin family, orcas are some of the world's most powerful predators. They feast on seals, sea lions, fish and even other whales.The study was based on 43 years of demographic data on Southern Resident killer whales living in the Pacific off the northern US and southern Canadian coasts, a population that is listed as endangered and at risk of extinction. Humans, killer whales and short-finned pilot whales are the only species known to experience menopause.