So, Ramesh and Suresh came to us, and very politely asked us for a dance. But they were instantly turned down by my friend. 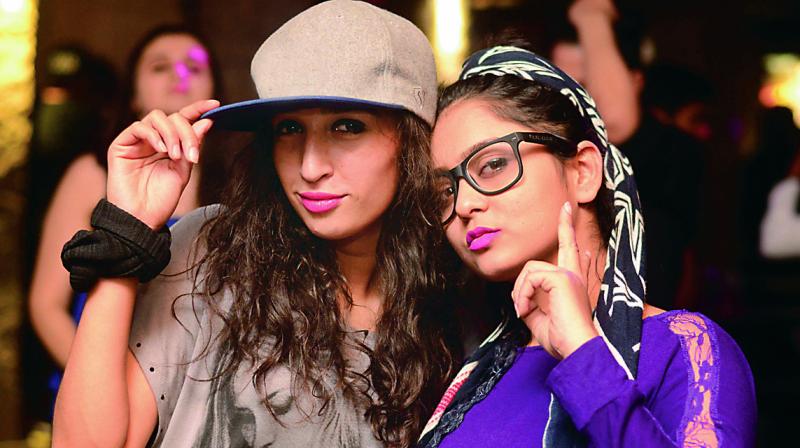 Picture used for representational purposes only

A couple of years ago, on a warm summer night when the salary had just been credited to my account and I had just bought my month’s grocery from a supermarket at a mall, the thumping music from the adjoining club inside the mall got my attention. Though too tired to step in for a night of ‘clubbing’, my grumbling stomach suddenly reminded me that the joint serves a chicken lasagne and stroganoff that are to die for.

A quick call to my roommate, and dinner looked sorted. As we entered the familiar doors, the blasting music and the fragrance of food mixed with alcohol wafting in the air welcomed us. We quickly ordered our grub and some cocktails (because who orders just food in a club, duh!), danced to our ‘jam’ for a while and soon followed our good senses to book a cab to head home. But as we stepped outside the club, we noticed two gentlemen approaching us. Let’s just call them Ramesh and Suresh.

So, Ramesh and Suresh came to us, and very politely asked us for a dance. But they were instantly turned down by my friend. However, they were persistent. They narrated how they were bankers who rarely got a day off and how they’d really like to have just one dance with us. But the stench of desperation that exuded from them was getting stronger, and my friend and I began contemplating calling the security. Unexpectedly, Ramesh and Suresh looked at each other and blurted out that given how late it was, stag entry to the dance floor would be restricted.

It quickly dawned upon me that my friend and I were the only single girls around, and their desperation was not out of the fact that they wanted to ‘chat us up’ but rather because they just wanted us to escort them to the dance floor. With a little hurt mixed with irritation, we turned them down rather sternly one last time, and were almost walking away when their response stopped us in our tracks.

Instead of being pushy or just walking away in indignation, they simply stood there shaking their head in disappointment, repeatedly saying, “Very bad, girls, very bad!”

And sure as it was night, it instantly brought back images of my mum shaking her head in disappointment as she scoured through my mathematics results, as if all she saw ahead through that into my future was nothing but a looming darkness.

But over the years, my disdain for Ramesh and Suresh never honestly faded away. How dare they make me and my friend feel uncomfortable or responsible for their problems? How could they be so desperate?

Then, three years later, on a chilly New Year’s Eve night out, our girl gang comprising six of us woke up to a rude shock when most pubs in the city announced that on New Year’s Eve, only couples’ entry was allowed. In other words, we had to either stay home or pay up a significant cover charge.

As my eyes scoured the entryway of the club to look for single souls from the opposite gender trying to find a way to not pay the ‘single tax’, I felt something quite akin to desperation. And as I stood there hoping for someone to ‘help’ me out of that state, I found myself shaking my head and chanting ‘very bad’ as I gazed into the abyss of unfairness that the world of clubs and pubs are to single souls in the city.

Ramesh and Suresh, I get you, bros! I get you.