The lost lanes of Fort

A walk in the city shows off the unexplored history and cultural impact of the Parsi community. 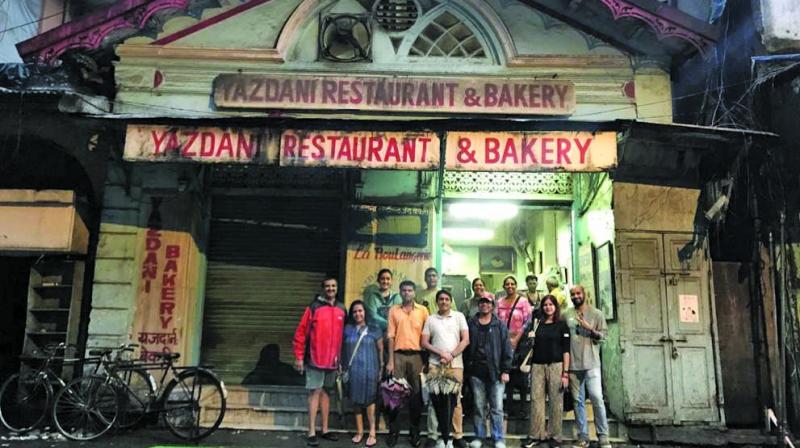 Led by Vinayak Talwar, this tour, which starts from Horniman Circle in Fort, will talk about the Parsi community that originally lived in the very area.

Mumbaikars have an opportunity to dive into the illustrious history and culture of the Parsi community via a city walk titled Parsi Bazar by Khaki Tours. Led by Vinayak Talwar, this tour, which starts from Horniman Circle in Fort, will talk about the Parsi community that originally lived in the very area.

Unlike the name suggests, the walk is about a single road that existed back in the days of the British Raj. “When you talk about the Fort area of Mumbai, usually people identify it with landmarks like Flora Fountain, Horniman Circle, Gateway (Of India), VT. But there is a large portion of Fort (the area between Horniman circle and CSMT) which was once considered the Native Quarter. That entire area comprises various native communities living over there, and Parsi Bazar is a part of that,” Vinayak explains, adding that locals are not aware of the Parsi history of Fort.

The walk will also put ample focus on a particular Parsi family that founded the docks in the city. “There’s one story which focuses on the Wadia family that apparently used to live in many houses in that area. The Wadias were a shipbuilding family. A certain Lovji Nusserwanjee Wadia came to Mumbai from Surat — and was considered to be the founder of Bombay docks in 1730 — lived on Parsi Bazaar street,” the tour leader shares. The street has now been renamed to S. A. Brelvi Marg.

Another interesting part of the walk is a lane known for spirits of both kinds. Vinayak says Punch House lane, what is now known as Janmabhoomi Marg, was haunted. “Punch House usually refers to a place for drinking, so it refers to the spirit which is alcohol in this case. There are also stories about how that street was also called Murga Baba street because there was apparently a spirit that lived in the wells there,” he reveals. Water wells played an important role in the Parsi community as they pray to water, and many houses in the Fort area still have a well. Legend has it that if all these wells are closed, the spirit living in the well will be angered.

While Parsi Bazar suggests a clear focal point, the experience also covers other related historical sites and stories, among these being the city’s first museum. “Before the BDL Museum came up, there was a small space within the Fort area which were once the town barracks where the military would be present. That space was used to create a museum. Later, when the space was acquired for the BDL museum, is when everything was shifted there,” says Vinayak, who is an HR professional by day.

The walk will be conducted from Starbucks, Horniman Circle on January 19.