Upcoming new moon is the perfect time for stargazing

It's also invisible, because the sun is illuminating the side of the moon that always faces away from Earth. 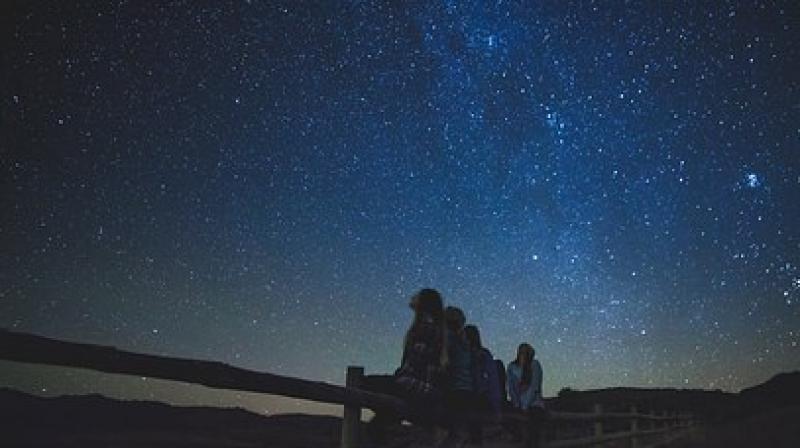 A new moon describes the lunar phase when our satellite is positioned between Earth and the Sun. (Photo: Pixabay)

A new moon may be invisible, but it's always a special time of the month for serious stargazers, with little moonlight in the sky leading up to and following a new moon.

In March, the new moon will occur early on the morning of St. Patrick's Day- Saturday, March 17.

A new moon describes the lunar phase when our satellite is positioned between Earth and the Sun. From Earth, it appears quite close to the sun, and therefore the new moon appears at sunrise and sinks at sunset.

It's also invisible, because the sun is illuminating the side of the moon that always faces away from Earth.

Although you will see nothing on the day of the new moon, or for about 24 hours afterwards, sky-watchers can search for a sliver of a crescent moon the two evenings following the new moon.

A west-facing attic window or a nearby hill is your best bet because you'll need some height and as few hindrances as possible. As far as city-dwellers are concerned, a platform will do the job.

In some religions, the new moon occupies a special place. Traditionally, the Islamic month begins only when the crescent moon is first sighted.

For a couple of nights after the new moon, it's also possible to see Earthshine on the surface of the moon. If you look at the dark area of a crescent moon, you will see some detail, despite the lack of illumination from the sun.

There is always Earthshine on the moon, but it can be viewed by the naked eye only when the crescent moon is very slim. By the third night after a new moon, the glare of the moon will overwhelm this subtle feature.