Tao, a 100-year-old, is an India-born American citizen who has no plans of stopping practising and teaching yoga. 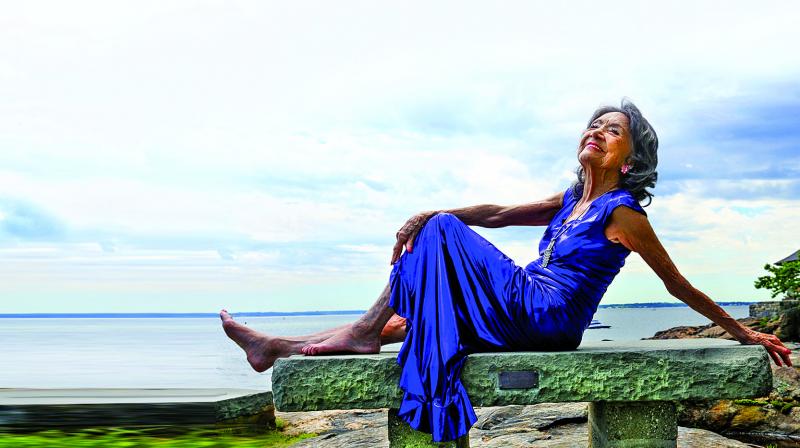 Age is just a number and Tao Porchon-Lynch proves it well. Tao, a 100-year-old, is an India-born American citizen who has no plans of stopping practising and teaching yoga. The veteran yoga guru was named for Padma Shri, India’s fourth highest civilian award this year but the 100-year-old yogini was unable to travel to India for the ceremony and, was therefore, awarded the citation and medal at a special ceremony in New York.

“I look outside my window and tell myself that is going to be the best day of my life,” Tao says adding that she wakes up early as she loves to see the sunrise.

Born in Puducherry, Tao was introduced to yoga when she was seven. When she saw boys practising yoga on a beach, she was hooked. Recalling her childhood, Tao says: “I wandered to the beach near my childhood home and saw boys playing on the sand. I followed their movements and thought I was learning a new game. That evening, when I told my aunt about the game, she said it was called yoga and was only for boys.”

But Tao wasn’t the one to relent and told her aunt that girls could do similar moves, and joined the gang of boys on the beach when she turned eight. The veteran guru has lived an active life, and has had a fair many brushes with the Indian freedom movement. In 1930, she participated in the Dandi March, in the footsteps of Mahatma Gandhi. She recalled how Gandhi found a refuge in her uncle’s home when the British were hot on his heels.

“My uncle would shoo me away when he was there. I remember a man sitting on the floor. I did not get a chance to speak to him,” she said.

For Tao, yoga is the dance for life. “It is about expressing what comes from inside which shows up when you meet other people to create a oneness,” she says.

Speaking about her award, She says she was shocked. “I don’t deserve all this sweetness everyone is showing me,” she adds.

When asked about the secret of her fitness, she reveals that the key to a long life is positive thinking.  She does not feel any different now that she has turned 100.

“I’m not even scared. And I will never stop practising yoga,” she says.

Having seen both sides of the globe, Tao feels yoga practised in the West is very physical. “I rely on the energy body and the use of the chakras and other energetic elements in the body to bring about transformation,” she says.

At the age of 100, she teaches and asks her students to tune into their inner selves and not go only into the physical movement of yoga. She feels that it is only by going within that the true transformation is made.

“Don’t breathe in the negative. Whatever you put in your mind, it materialises. So materialise what you want to happen and know that it’s possible. The problem is that we sit too much inside ourselves. You will never gain anything just sitting there, wondering what you should do. Don’t put off until tomorrow what you can do today. Know that today is going to be the best day of your life. I’m gonna dance my way to the next planet!” she concludes.