Read to know more about her inspirational journey from Ganesh to Gauri. 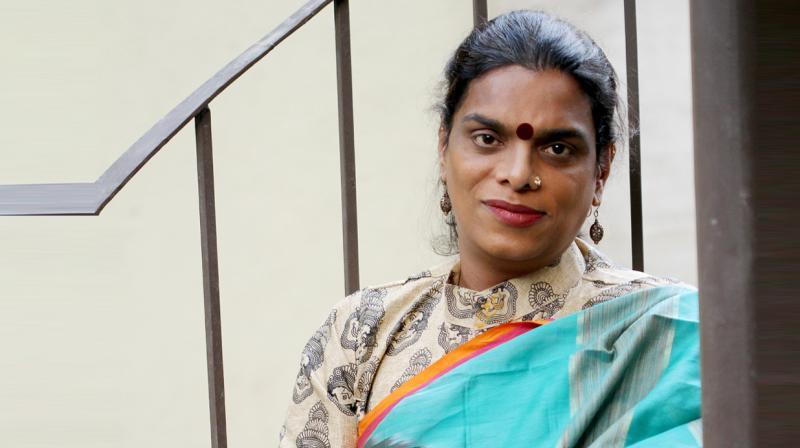 Courageous, warm-hearted and strong-willed are some sobriquets which describe, but do not specifically define Gauri Sawant who fought against all odds for the transgender community of India. She is India’s first transgender mother and a social activist working hard for the society accept and respect them for who they are.

In her book, Gauri: The urge to fly, she narrates her journey, the challenges, the hurdles faced and her innermost thoughts which shows that she is no ‘different’ from others. It beautifully encapsulates the precious mother and daughter bond of Gauri and Gayatri. Through this book, Gauri aims at bringing about a positive change in society. On the occasion of Mother’s Day, Gauri Sawant in an exclusive conversation with Deccan Chronicle talks about the heart-wrenching moments of her life.

As a little girl, Gauri used to feel more comfortable in the company of girls and never really played with boys. She loved to wear her grandmas’ saree and roll up her T-shirt like a blouse. “I never felt different; I was just as human as the next person… I didn’t even feel like a ‘hizra’ back then, it is always the society that marks us different. It was then that my feminine dispositions started getting highlighted and I started realising I am not like others.”

A very young age of seven, Gauri lost her mother. Ever since her father came to know about her feminine disposition, he stopped interacting with her. He once said, “Tu road pe taali bajaate ghoomega’. Coming this from her father was quite hurtful.

Gauri wanted to embrace the purest form of womanhood and to become a ‘Nani’ to someone who has been thrown into the dark world of prostitution. She wants to be a confidant to someone who is abandoned by their family and neglected by society merely because they are ‘different’.

The journey was difficult

She had a gay-turned-trans sex worker friend, who gave shelter to her for three or four days. "I wasn't pretty or fair enough to get into sex work, so she never offered me a gig there. But she fed me and cared for me, and later, I was introduced to Humsafar Trust (one of the oldest LGBTQ organisations in India). By the grace of God, I never had to beg."

Her petition at Supreme Court

She had filed a petition seeking the basic rights for the LGBT community to make sure the third gender gets Aadhaar cards, as dictated by the National Legal Services Authority (NALSA) bench.

Acceptance is something that is very dear to everyone, but for the transgender, it seems like they are at war each day – against the society, government, family and sometimes with their community as well. “True change happens when reformers are celebrated. It’s also about a rare instance that gives people hope to accept who they are and live a life beyond gender discrimination.”

After Gayatri’s birth mother passed away, there were rumours that they were planning to sell the child in Sonagachi (one of the largest red-light district of India in West Bengal). She was strongly against it. At one point in time, she did not think that she would be a mother and would be narrating her life story. “I just knew that this little, motherless, vulnerable girl needed protection and care.”

Nani ka Ghar is a shelter home that I am planning to open for kids of sex workers and abandoned kids. It would be a ray of hope for the girls and transgender kids, all the revenue generated would be handed-down to these ladies, which would secure their future.