Making your mark in Ladakh

200 pilgrims are taking a long walk or Pad Yatra through the Himalayas. 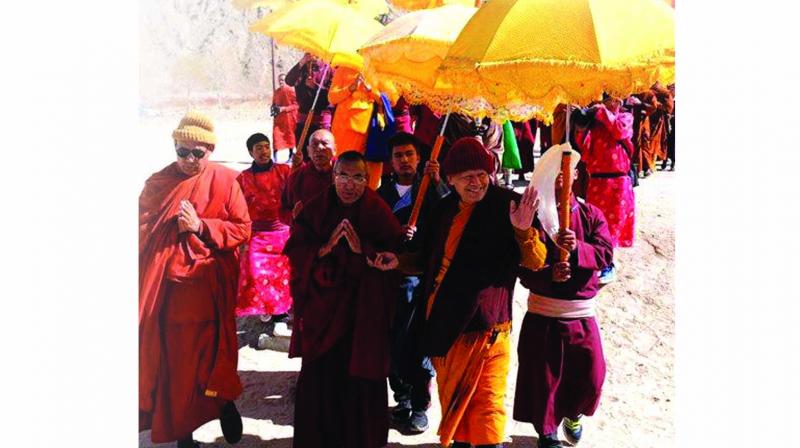 The uniqueness of Ladakh and the entire Himalayan region have never failed to surprise one.

Ladakh has always been the Mecca for travellers in India. It has been an ultimate destination in the Indian tourist map. The place is full of immense vibrance and diversity in terms of cultures, nature, and lifestyles. The uniqueness of Ladakh and the entire Himalayan region have never failed to surprise one.

In 2009, 3 Idiots, a film about three engineering students propelled by Bollywood style misadventures to chase their dreams, launched Ladakh into the public imagination.

A year before the release of the film, 400,000 Indian tourists visited Ladakh. Three years later, those figures were almost quadrupled. And since then, there are no signs of slowing this down.

All thanks to the crowd visiting Ladakh, Pangong Lake that is connected to several other lakes are filled with plastic bottles and other garbages. Ladakh’s ecology has been ruined after all this.

This must be preserved to ensure that the region continues to be a source of eternal enlightenment in people’s lives. With an aim to spread this message of peace, humanity, love, and harmony across the globe, 200 pilgrims are taking a long walk or Pad Yatra through the Himalayas towards Ladakh. 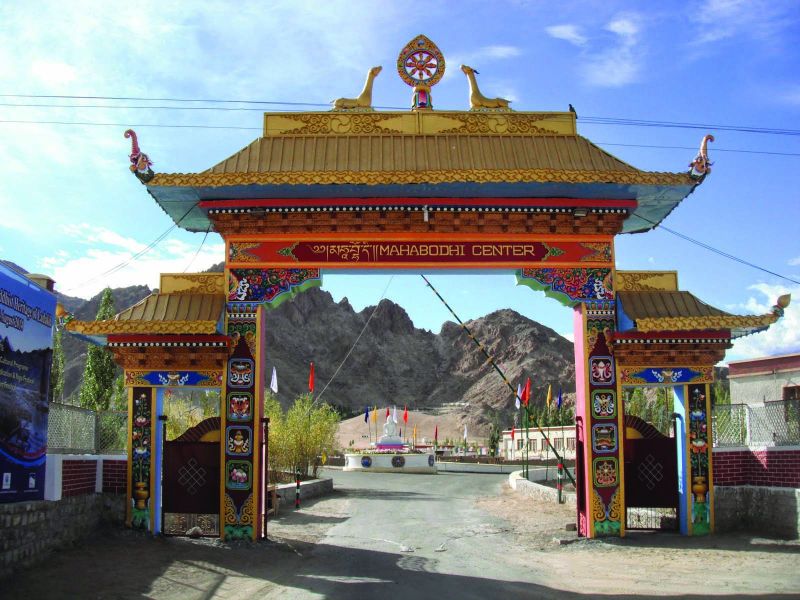 The fourth consecutive Pad Yatra consisting of more than 200 monks and nuns from Thailand had been organized with the goal of spreading the message of love and communal harmony. A special delegation of monks and nuns from Thailand has embarked on a journey of divine connection with nature and have the aim of reaching the Mahabodhi International Meditation Centre in Ladakh with an to meet Venerable Bhikkhu Sanghasena.

The Venerable Bhikkhu Sanghasena found the centre with an aim to revive the heritage of the Himalayas and be a source of truer enlightenment for people.

“For many years, I have been working for world peace with individual groups as well as organisations at all level. I see the world is in danger. Terrorism, hatred, and ill-will are growing among the present human society. We cannot remain a spectator in these terrible violence, aggression and war taking place all over the world.” said, Sanghasena.

“It is not just a walk, but they spent one month walking, praying and meditation and also sharing the message of love and compassion of Lord Buddha to the people and villagers along the way during their journey.” He further added.

The Pad Yatra had been initiated from Bodh Gaya on May 25, and via Dharamsala will enter the Ladakh region where it will conclude at the Mahabodhi International Meditation Centre on June 26. The delegates from Thailand, monks, and nuns are walking barefoot all the way.

“So far, these Pad Yatra’s has been a great success and truly brought a considerable positive result. During their journey, these Sangha members have sacrificed for World peace, they took all the hardship during their journey and their prayer and meditation truly motivated all the people along their path, they inspire thousands of people to pledge to work for World peace.” Ven. Bhikkhu Sanghasena explains.

A volatile work for nature needs hardship and is resisted by ignorants at times. On asking what kind of problems they faced till now, he said, “Though this journey was well planned the biggest problem and the difficult part was the unpredictable and uncertainty of the weather condition during their journey with heavy rainfall and snowfall at the pass with the strong wind sometimes.”

“There has not been any problem in the last three years, not a single person faced any serious issues and had to evacuate during their journey. The people in the villages were very much moved and they all extended a warm welcome to all monks,” the monk concluded.