A rich mix of old and new

Plush hotels, gardens and signs warning you about snakes, Bandra Fort is teeming with stories. 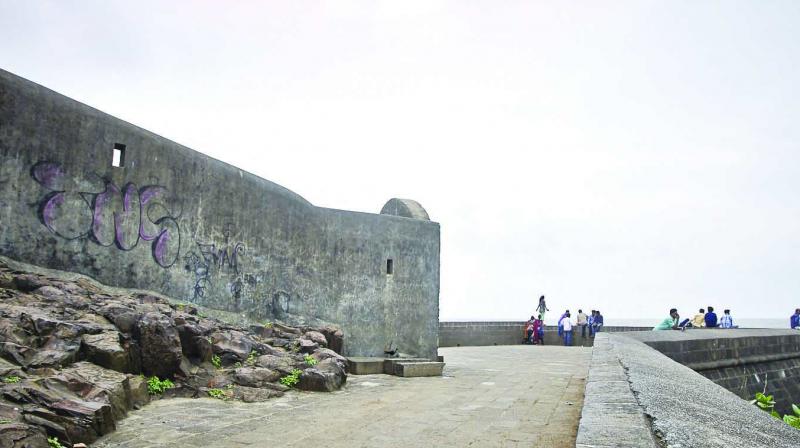 Having claimed the Mahim Fort in 1517, the Portuguese built the Castella De Aguada — or, as we know it, Bandra Fort –— in around 1640, a strategic outpost on the southern mainland, not least for its fresh water springs that served war and trade ships as they sailed into the harbour. The Marathas defeated the Portuguese in 1739. The British, hoping to handicap the Marathas’ march forward, destroyed parts of the Castella to prevent it falling into their hands.

In 1775, the British regained control of Bandra from the Marathas; one of the city’s Parsi benefactors Byramjee Jeejeebhoy acquired the hill at Land’s End from them and built a mansion there. If you walk up past the fort, you can see its ruins – a window here, remains of a staircase there.

At the peak of the hill, you’re reminded that Bandra was not one of the seven islands of Bombay. The causeway linking it to Mahim was built in 1845 with funds donated by another generous Parsi benefactor, Lady Avabai Jamsetjee Jeejeebhoy, because the government had refused to build them. Today you can also see the sea-link and construction for a tunnel, part of an ambitious government coastal road project, that will emerge close to the fort. 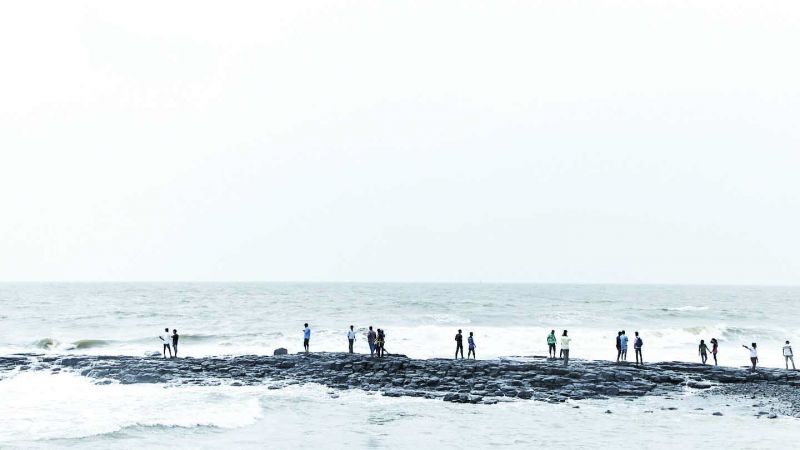 A sign reads “Beware of snakes”. But old Bandra people already know that. They’d already been warned by the toddy-wallahs who tapped the tadgola trees up in the “jungle” that overran the fort. Your dad brought home the white, frothy liquid essential to the East Indian fugia batter recipe and your mother sipped it “to taste if it’s fresh” while she winked at you and offered you some (it would turn alcoholic only as it fermented but mothers, huh?)

Then, as a teen, someone hands you down an old, shitty camera and you obey your basic human instinct and desire to capture the sun. But you realise that west-facing Bandra is only good for sunsets. An older, more experienced ex-amateur photographer suggests you go to Land’s End to catch the sunrise. Your mother refuses to let you go so early. There are snakes there!

The fort used to look on the pride of Bandra, the five star hotel Sea Rock. It rivaled the old fort as watchtower over the ocean. A “revolving” restaurant, the Palace of the West Empress, “rotated” to give privileged diners a 360 degree view no matter where they were seated. Sea Rock also had a gorgeous art deco pool with a view of the ocean and Cellar, the sexy discotheque whose two Bandra-boy DJs came “dubs” (one sitting on the crossbar) to work on a bicycle every night.

The hotel was damaged in the 1993 serial blasts that rocked Mumbai. Another massive hotel that had sprouted like a polyp, dangerously close to the fort (with seeming disregard for the heritage value of the fort), was taken over by the Taj group of hotels who also bought the ailing Sea Rock and demolished it. Higher floors were taken down, brick by brick as urban mythmakers nodded to Sea Rock’s history as playground of the rich (and sometimes infamous), sagely saying “they must have stashed money in the walls”.

The demolition left Bandra Fort with an amazing view of the ocean. And the Sea Link adds character to the photographs of those who braved their mothers’ disapproval and the threat of snakes to take pictures of the sun rising. In tandem with local citizenry and well-wishers, the fort was restored, cordoned off, a garden built and security guards installed. An amphitheatre was added and new life breathed into the repurposed spaces.

You can’t find the toddy-tappers there anymore, and I hear the sign to beware the snakes is largely for insurance. But in the cooler months, the fort is beautifully lit, full of people who come to watch performances of theatre, classical Indian music, Indi-pop and Christmas carols.

In the winter of 2009, my husband and I took our two little girls to watch a barely known young British band perform. They were charming, cheeky with the audience and had the small crowd clapping, stomping and cheering for them as they went through their deliciously innovative, cleverly nostalgic sound. They were called Mumford and Sons.