Teresa Turner listed her husband for sale on Facebook only to his delight as he got a huge response from women. 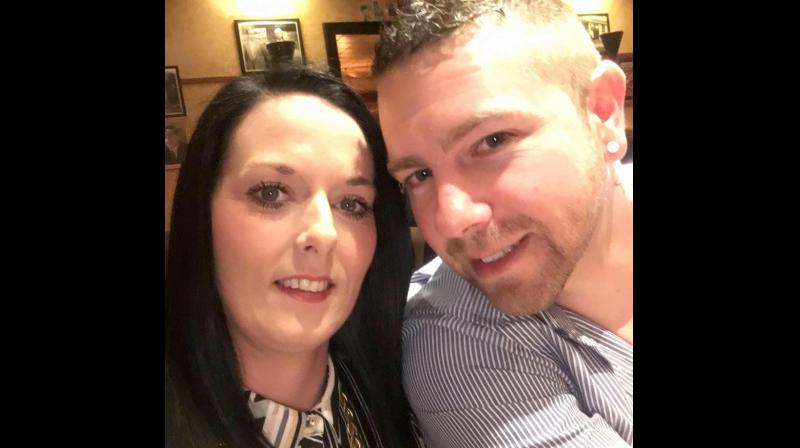 Teresa had advertised partner Rob as ‘annoying’ but ‘house-trained’ and said he was free to collect in the social media post. (Photo: Facebook)

Teresa Turner, 34, put up her husband for sale on Facebook, only for dozens of women to offer taking him off her hand.

Needless to say, he was delighted.

Teresa had advertised partner Rob as ‘annoying’ but ‘house-trained’ and said he was free to collect in the social media post.

But the prank backfired when pictures of her dark-haired husband caught the eye of 300 Facebook users, with many expressing an interest in 'purchasing' him.

The post got more than 300 reactions much to the amusement of her 33-year-old husband who even went on to reply, “Brilliant, do I get my tea cooked too?”

Teresa, a hospital supervisor, decided to put her husband up for sale after he repeatedly annoyed her with an aggravating video.

Teresa has misophonia which means she hates specific sounds such as that of people eating loudly. Rob who had found a video of a person crunching really loudly kept it playing in front of Teresa who went upstairs and according to Rob, put him up for sale.

Teresa’s post read, “'I have a 33 year old husband that is no longer needed due to getting on my nerves! I don't want no money he is FREE. He is house-trained and toilet-trained. First to collect!”

However, it backfired when women responded over the status asking if Rob could be dropped to the pub instead of being collected. There were yet others who confessed their attempts to sell their partners online too, saying: 'I've tried giving mine away for free too, but no one wanted him.

One user even asked ig he came with a 30 day return policy.

Unfortunately, according to Rob, no one came to collect him even after a week.