The veteran actor talks about his time-tested play, 2 to Tango 3 to Jive and his enduring relationship with theatre. 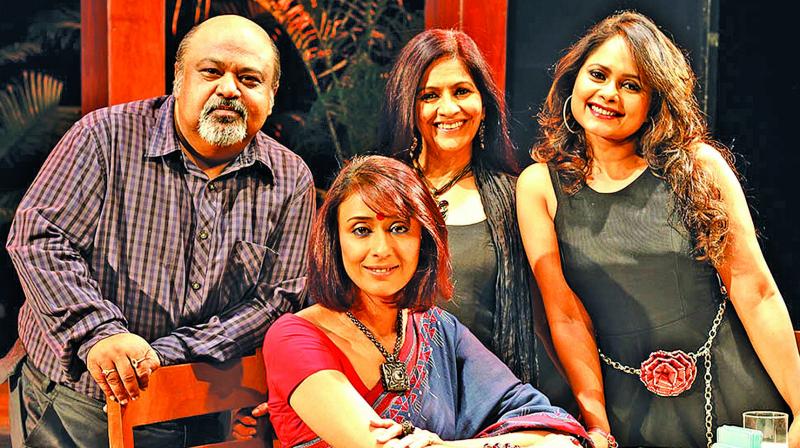 They say the truth lies just beneath the surface, and Saurabh Shukla's long-running play, 2 to Tango 3 to Jive, beautifully excavates this truth, gift wraps it in humour, and presents it to the audience. The play, which completed 100 shows last May, tells the story of a middle-aged hotelier, Parminder Singh Sethi (played by Saurabh Shukla) and his quest for finding excitement, while stuck in the somnolent grip of a mid-life crises. But, instead of choosing skydiving or some such adrenaline-pumping activity, the affluent hotelier decides to try his hand at having an extra-marital affair - an experience that leaves him bewildered, but wiser. “Our society is riddled with double standards. We don't talk about certain things, but we all know about them. This play explores the double standards, but in a humorous way,” says Saurabh.

Though the play has been adapted from a Western offering, Saurabh had to tailor it to suit the Indian audience. Recollecting his initial thoughts while penning this script, the  actor says, “When I was adapting it, some aspects of the Western play did not make sense, because our society is very different. Abroad, people are upfront  about their intentions and desires, even when communicating them with the opposite sex. I have this theory that Indians never say what they mean. Because speech is so layered, you have to come up with your own understandings of what is being said, and many a times, your understandings are wrong,” he reveals.

The actor, who isn’t a stranger to the stage or screen, (it's impossible to forget the portly gangster, Kallu Mama, in Satya or the witty Sunderlal Tripathi in Jolly LLB) is taken aback when asked to choose his favourite medium between the two. “It's like being asked to make a choice between your two favourite fruits,” he jokes. “Cinema and theatre are different kinds of mediums and since I have the opportunity to explore both mediums, I would like to indulge in both from time to time,” he insists.

Saurabh dismisses the notion that theatre is more satisfying to an actor as he clarifies, “When you start acting, the rest of the world affects you. So if someone is clapping, you take notice. But beyond a point, it ceases to matter. You're completely focussed on your piece and you strive to do your best. Similarly, when I act in front of a camera, I am not looking for validation. So for me, there is no difference between acting in theatre and acting in cinema,” reveals the actor.

But Saurabh does believe that the theatre offers more room for experimentation, as money doesn't play a big  role. “Unlike films, theatre does not always need too much money. Money isn't the driving force, thought is. So you get to take more risks,” he adds.

But now, more than ever, theatre stands a chance to earn money, and that’s because the economic structure has changed. Talking about how the state of theatre has improved in recent times, he says, “In my time, it was impossible to imagine doing a play where the maximum price was more than 10 rupees. Only the super rich would spend more money than that on a ticket. But today, people have money to spend and they are willing to spend it on a good production.”

The thespian also believes that, despite the proliferation of content-offering mediums, theatre will continue to stand strong, as long as the content offered is unique and powerful.

When asked to share a snippet of advice to budding actors, Saurabh says that one shouldn't harp over mediums. “When you say, ‘I only want to do plays, because cinema is bazaroo,’ you're having a chip on your shoulder. It doesn't matter whether you pursue theatre or films. In fact, even if you're not doing cinema, theatre, television, web or anything else and if you can talk to your friends, please do it. Let your ideas go out and travel the world,” he concludes.

(The play will be performed at the NCPA on August 18)