With World Suicide Prevention Day observed recently, psychologists and Delhiites weigh in on the stigmas that still surround mental health. 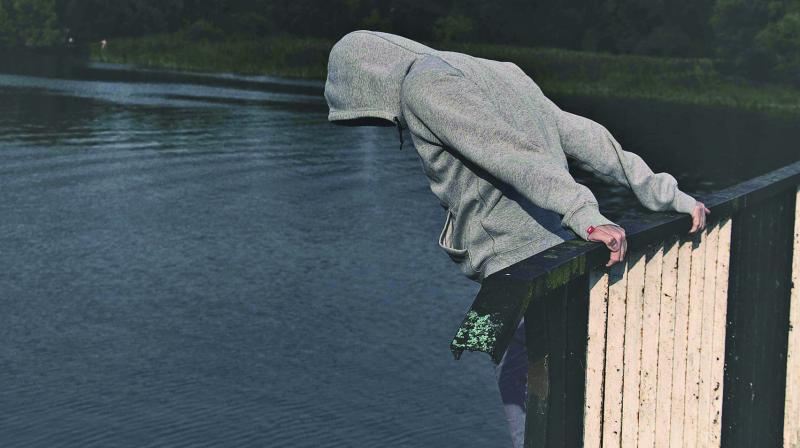 443 students have committed suicide in the capital in the last five years alone.

There comes a time when things don’t seem to be going one’s way and one feels that there is no hope left. Suicide starts to feel like the only option then. According to the World Health Organisation, close to 800,000 people die every year due to suicide.

443 students have committed suicide in the capital in the last five years alone. In a published report, it was noted that the root cause of suicide among millennials was exam stress and failed relationships.

Recently, World Suicide Prevention Day was observed by people to generate awareness about the increasing incidents of suicide worldwide. So, how important is it to understand what pushes people to commit suicide?

Shaira Kohli, a psychologist, explains that suicidal ideations come from a feeling of hopelessness. “It is a cognitive distortion wherein the person feels that there is absolutely no way they can get out of a certain situation or state,” she says. She points out, “Most often, suicide is associated with a mental illness, the most common being depression. Other common ones include anxiety, bipolar disorder, substance abuse, etc.” Shaira blames poor mental health to be the main cause of suicides in India.

The most common form happens to be student suicide. Shaira explains, “We have an education system where the primary focus is on grades. Grades become the sole parameter defining how well a child will do in life. Parental and societal pressure do not make it any easier.” Hence, it is not surprising students get so overwhelmed under this pressure; it exceeds their mental capabilities.

Kartik, a recent graduate opines that even though awareness has increased, things are still difficult. He says, “The only awareness you see is on social media. Although that helps a little, it only caters to certain groups, unlike other things including fake or funny news and memes that get viral and more attention.”

Khyati, a postgraduate student feels that there is less awareness about Suicide Prevention Day in our society and people often take it too casually. She says, “Mental health has become casual talk and, from what I’ve observed, people feel like the more they suffer as compared to other people, the better. They believe it makes them cool.”

But Shaurya Dey, a city resident feels that the state of mental health has improved as mental well-being is being given importance in schools and other institutions. He adds, “‘However, things are not hunky-dory. And there’s certainly a shortage of good psychologists right now.”

To reduce suicide rates, Shaira believes that identifying warning signs are very important. She explains, “If we are able to identify these signs, we can catch the thought at an early stage.” Some signs include talking about suicide, hopelessness, self-hatred, giving up on daily activities, social withdrawal, self-destructive behaviours such as drinking, not eating or eating too much, etc. “Professional help is necessary. If one feels that a person is at very high risk for suicide, do not leave them alone,” Shaira suggests.