A study shows that the presence of microplastics in soil is not allowing worms to thrive, thus reducing soil quality. 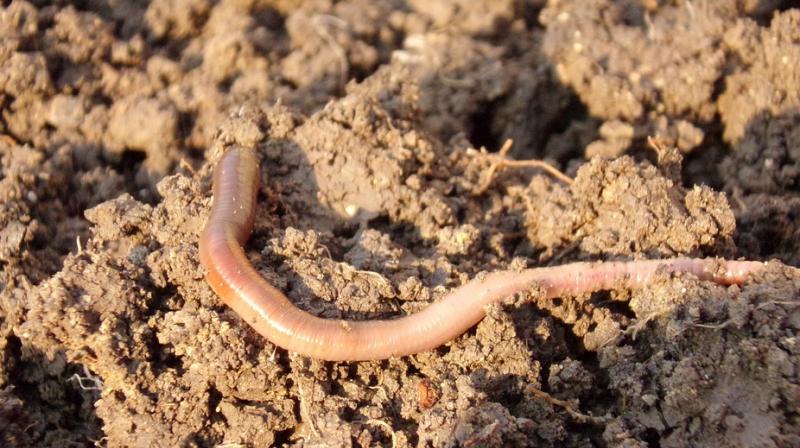 The presence of microplastics in the soil could cause long term damage to the worms and the soil quality. (Photo: Representational/Pixabay)

Aporrectodea rosea, commonly known as the rosy-tipped earthworms are found abundantly in soil. They are great for increasing the fertility of the soil. As they move through it, they enable more oxygen flow to the soil, which in turn helps in plant and crop growth.

Research has now revealed that these worms are failing to thrive in soil that has been contaminated by microplastics. Scientists studied soil that had high density of polyethylene, a commonly used plastic in bags and bottles for 30 days. They found that the worms residing in this soil lost three per cent of their body weight. This was in comparison to a control sample, in which the worms kept in clean soil saw an increase of their body weight by five per cent, reported The Guardian.

The lead author of the study said that the reason for this phenomenon was not clear yet but it could be due to the digestion of the plastic by the worms. “These effects include the obstruction and irritation of the digestive tract, limiting the absorption of nutrients and reducing growth,” he said.

The presence of microplastics in the soil could cause long term damage to the worms and the soil quality. If the plastic inhibits growth of the earthworms on a large scale, it could have large-scale implications on farming and the farmland soil ecosystem.

This research was conducted as a part of the growing number of studies being conducted on the effect of microplastics on varied aspects of the environment. While it is too soon to draw conclusions of its subsequent effect on human health, it can be well perceived that it will eventually make its way through our ecosystem.

With the increasing usage of plastics, these harmful microplastics can now be found in tap water, seas and oceans, human stools, in the air, and other parts of the environment. However, the extent of the microplastic pollution is not known yet, but reports suggest that it can be anything between 700 and 4,000 plastic particles per kilogram of soil in agricultural lands.