The conditions were immediately deemed not just bizarre or laughable, but also offensive and discriminatory. 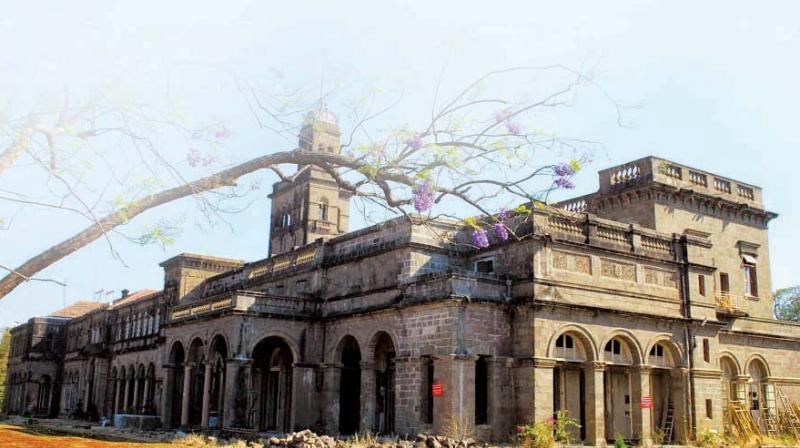 As a Pune University scraps an award that required students to be vegetarians and teetotallers, experts slam the institution.

When an internal circular made its way out of the Pune University, it revealed certain requirements for winning a prize, which shocked everyone. To be the recipient of one of the now-scrapped gold medals at Savitribai Phule Pune University, one didn’t just have to score impressive marks and have consistent attendance, but were also expected to be both vegetarian and abstain from alcohol.

Once this circular gained momentum online, people shared their collective disapproval regarding the criteria for the prize. And almost instantly, the University backtracked, scrapping the award in its entirety, vowing to look into the criteria for other awards too.

Since this subject made for negative news, the Pune University had first came out to defend the scholarship, saying that the sponsors set the conditions and the institution only follows instructions.

Talking over the phone from Pune, professor (Dr) Nitin R. Karmalkar, vice-chancellor, said that the sponsors of the Maharishi Keertankar Shelar Mama Gold Medal are the Shelar family. “And their traditions keeps them from indulging in non-vegetarian food and alcohol. The Shelar family, in honour of Maharishi Keertankar Shelar, started the medal back in 2006. And they wanted it just so,” he says.

But it seems like the backlash has taught the university a lesson. To assert that the institution has taken steps to undo their action, Karmalkar says that they have already omitted the medal prize from the university website. “And now, with the consent of the Shelar family, we will be annulling the scholarship altogether,” he assures. “We are also reviewing other sponsored prizes with similar criteria.”

While some people outright called such a sponsorship ridiculous, others questioned the very foundations of the universities’ ideals. “Education is the very basic thing, and the first thing one learns in an educational institution is to not discriminate,” says Aditi Mathur Kumar, an author.

Actor Pallavi Joshi agrees. “An educational institution is the last place that should be having a criteria list like this one,” she says sternly, adding that it goes beyond her understanding how any university could accept such a reward in the first place.

The conditions were immediately deemed not just bizarre or laughable, but also offensive and discriminatory. Shiv Visvanathan, social scientist, wonders how the university is ever going to be sure about the eating habits of the students. “This is a kind of showing off. It is just not the question of vegetarian food. How is the university going to decide on whether a student is  a vegetarian?  If it is a public university I don’t think these kinds of conditions make too much sense,” he asserts.

Even so, the university wasn’t left without facing any flak — why was such a discriminatory prize even accepted? “As for someone sponsoring the scholarship, we should not have any issue. They can do whatever they want to with their money, and it is not for us to give objection. But this is a university where everybody is free to apply, you can’t have better among equals. This is exactly what this scholarship sort of implies — that within the students you are a better one and a better human being if you are a vegetarian or teetotaller,” sighs Kiran Manral, an author.

Anil Dharker, a columnist and director of a literary festival in the city, says that these kinds of conditions prove to be a step backwards. “On the one hand we strive to be a modern country, and on the other hand, we are going backwards like this,” he laments.