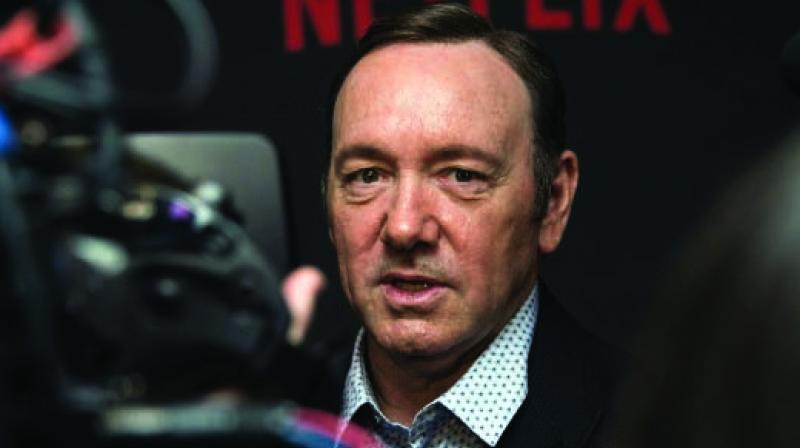 Kevin Spacey has been hogging up newsprint for the past couple of weeks now. The actor, who tackled sexual harassment accusations and came out as gay, both in the same breath, has finally been sacked from his Netflix hit show House of Cards. If this wasn’t enough, he has also been cut off Ridley Scott’s next project All The Money In The World. As fresh allegations of sexual harassment against a teenage boy were directed at the double Oscar-winning Spacey, actor Christopher Plummer started reshoots immediately for the role of Getty in the film. Interestingly so, these accusations remain just accusations — they haven't been proved in court yet, Kevin hasn’t been found guilty by law yet.

We ask prominent film personalities if cutting professional ties is a good way of protesting against sexual abusers. Are there any other steps the world of showbiz can show their protest? And do they think a move like this will work in the world of the Indian film industry too?

‘More protests against injustice must take place’
Harsh narayan, Documentary Filmmaker
It’s illegal and unethical to punish someone by cutting professional ties until proven guilty. In the film industry, there are many rivals with financial interest. It’s an uncertain industry, where everyone protects his or her own space. People have a lot of followers on social media, so the audiences could develop a viewpoint. Hence reaching out to people is necessary. Instead, more protests against injustice must take place. These days competitors are accusing everyone in the Indian film industry too. Everyone should stand up against sexual abusers, but until proven guilty no one should be isolated. This method will and must work but no wrong allegations should be made.

‘Hollywood has taken the right step’
Elahe Hiptoola, Actor and Producer
Taking away what they are famous or best known for is the best way to make a point. Hollywood has taken the right step with Kevin Spacey, by deciding to not to work with him anymore. This is the best way of protest and raise your voice against such people who take advantage of their position for personal benefit. But again, this sort of protest will only work if everyone is together and not done singularly. And as far as Indian industry is concerned, showing their solidarity against sexual predators will never work — there is lot of apathy. Here people are different. They won’t bother to come out and support the other unless they themselves are involved in it and getting affected.

‘What Kevin did is undoubtedly horrible and disgusting’
Faraz Arif Ansari, Filmmaker
What Kevin Spacey did is undoubtedly horrible and disgusting — an act that needs to be condemned. But is the industry, within itself, right to take such a decision and throw him out of all his projects? What is a better alternative, I believe, that he should continue working on all his ventures and the audience be given the responsibility to decide if they want to watch him on screen or not. So, if given the option, will I watch House of Cards again? Most probably, yes. But, I will never forget his misdeeds. Take our industry for instance, celebrities here kill humans and animals, we still give them `300 crore hits. Then who are we to have a moral high ground?

‘We can’t keep the accused on the shows and say that he is a good actor’
Lakshmy Ramakrishnan, Actor-director-activist
When one is a celebrity or a public figure, they must fall into the generally accepted code of conduct. The individual becomes an influencer, therefore it is essential to be morally correct. We can’t keep the accused on the shows and say that they may or may not be a good person, but are a good actor. The saying that ‘innocent until proven guilty’ has created a lot of loopholes in the system through which criminals escape. The accused has to prove to the law that they aren’t guilty and not bail out easily. There should be stricter laws. We have the essential technology now, to prove whether the person accused of sexual abuse is guilty or not. The burden falls on the person upon whom the allegations are placed. They must prove that they aren’t guilty and only then go on with their regular life!