Statue of world's first space cat to be erected in France

On October 18 in 1963, Felicette was launched atop a Veronique AG1 rocket and flew nearly 157 kilometres above the Earth. 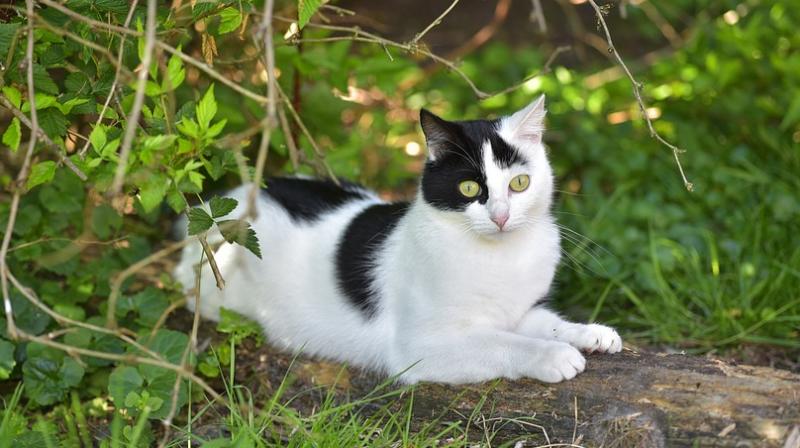 London: A bronze statue of Felicette - the world's first and only cat to have travelled to space - may soon get erected in France, thanks to a fund-raising campaign launched to immortalise the legacy of the cosmic feline.

On October 18 in 1963, Felicette was launched atop a Veronique AG1 rocket and flew nearly 157 kilometres above the Earth, briefly experiencing weightlessness. 15 minutes later, she safely returned to Earth by parachuting down in her little space capsule - alive and well.

However, Felicette's legacy has long been overshadowed by the many dogs, monkeys and chimps that flew to space in the 1960s.

"Around 6 months ago, I came across a tea towel commemorating the 50th anniversary of the cat who went to space," said Matthew Serge Guy, a Creative Director working in London who started the campaign on the fund-raising website Kickstarter.

"There was no name for the cat on the towel, nor did it resemble Felicette, and it was illustrated in a constructivist style, naturally leading me to think it was Russia who sent a cat to space," Guy said.

"After Googling it, I became fascinated with Felicette's story, how it had been forgotten over the years, and (like the design of the tea towel) misattributed. It felt like something big should be done to right these wrongs," he said.

"Although other animals in space, such as Laika the dog and Ham the chimpanzee, are well-known within popular culture and have lasting memorials, very few people are aware that a
cat went to space at all," according to the Kickstarter campaign.

In the early days of spaceflight research, scientists sent animals to space in order to understand how the lack of gravity could affect human astronauts. There are conflicting stories on whether the French space programme simply found Felicette as a stray on the streets of Paris, or if she was purchased from a cat dealer.

Either way, she was one of 14 cats put into training for this spaceflight mission. After her successful flight, reports indicate Felicette returned to the French space programme's laboratory for two or three months of further study.

She was then sadly put to sleep, in order to further analyse the electrodes implanted in her brain. It is also important to note that Felicette and other animals that have been sent into space, were ultimately unwilling participants in this experiment.

For this mission alone, all 14 cats experienced arduous training prior to the mission, and eventually Felicette gave her life. "In that respect, this statue should serve as a reminder of the sacrifices made by all animal astronauts throughout the Space Race," the Kickstarter campaign said. The campaign has so far raised over 24,000 pounds.