The problem, however, is not isolated to trains but to the civic sense of people overall. 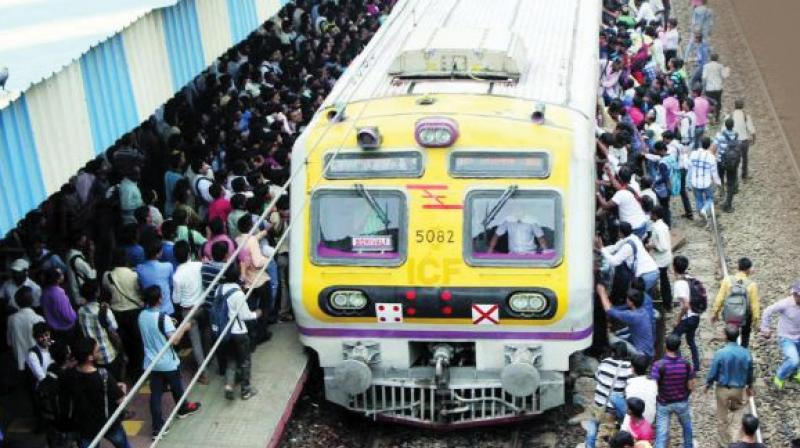 A task force of around 97 women constables are being employed at these stations from December 18.

With the RPF launching an initiative to make women commuters at select Western Railway stations stand in line, we speak to social thinkers about Mumbai’s forgotten culture of cues

The horror stories surrounding Mumbai local trains are renowned across the country — the pushy-shovey crowds, the multitudes hanging from doors and windows and the rush at each station to somehow squeeze into some corner of a compartment. Indeed, most of Mumbai’s public transport systems have plunged into chaos — whether it is the once-orderly taxi lines, bus cues at each stop or share-autorickshaw cues.

While standing in line was once just a part of the city’s fabric, chaos now rules the streets. With an aim to bring back some semblance of discipline back into the public transportation system, the Railway Protection Force (RPF), Western Railway has launched an initiative whereby women commuters at Andheri, Bandra, Bhayander and Mira Road will have to stand in lines when boarding and alighting from trains. A task force of around 97 women constables are being employed at these stations from December 18. If the experiment is a success, the RPF seeks to expand it to all both general and women’s compartments and at all stations.

“I applaud the attempt to make things easier for commuters, though it looks to be a difficult task. There are commuters at certain stations, especially around first class coaches, who stand in cues even now. So, perhaps, with proper reinforcement, and a few measures taken in terms of making the take-off speed of trains slower, and ensuring that they halt a little longer at each station, one can actually have such measures come to pass,” says president of Rail Yatri Parishad Suhash Gupta.

Cultural theorist Ranjit Hoskote, on the other hand, is more sceptical about the development. “It’s absolutely unworkable. I don’t see people cuing up for trains, especially during work hours. I don’t think that this kind of lock-down method for commuters is the way to go. If it is one of many measures being taken at the same time, then it may work, but in isolation, I truly doubt it,” he says. “People feel alienated from the railways. During the times of our parents or grandparents, railway platforms were community spaces — there were proper waiting lounges, bookstores and other amenities around which people could convene. Now they are simply a means to an end.”

The problem, however, is not isolated to trains but to the civic sense of people overall. Antique collector and Bombay history-buff, Rajan Jayakar, says that there has been a gradual and intrinsic shift towards a chaotic public transport system over the past couple of decades. “There has been a huge increase in the population of the city, which is definitely one reason behind the commuter problems. The other is a lack of enforcement of basic laws. Aside from disabled and elderly persons, no one is supposed to get in from the front of a bus. But who listens to these rules? Before, there used to be cues at every single bus stop; now most stops don’t follow any such method. If you have two people trying to break a cue, you can reprimand them, but what do you do when there is no cue at all?”

Ranjit concurs. “It may sound like I’m coming from a high horse, but the truth is that the Mumbai public has forgotten any semblance of civility. But then, in a life-crushing predicament, where infrastructure has fallen so far behind, Mumbai has been reduced to a city of desperate survival,” he shakes his head.

Suhash, however, still has hope that the situation can be reversed. “I always say, that if there is enough of effort put in from all quarters, anything is possible. Mumbai’s commuters had the habit of following the laws and norms even a handful of years ago, so bringing them back is not impossible. Hopefully, the railways are taking the first of many steps to restore a sense of order in the city’s public transport system once more,” he concludes.