A runners' guide to outdoor running routes in Mumbai

Just then a noisy bus passes by, followed by a macho motorcycle 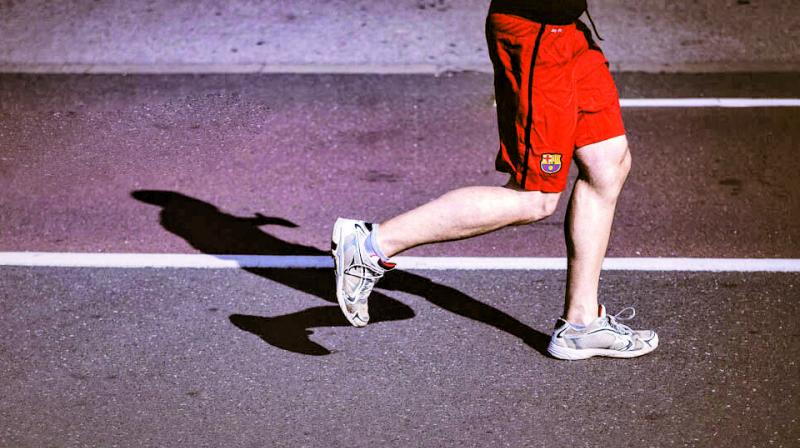 The most common mistake runners make (especially first timers) is not doing enough resistance training, especially for the legs.

So you’ve signed up for the marathon, laced up your shoes, and headed out the door. Good for you! With more than five months left for race day, you have plenty of time to train and reach your goal time. We asked some runners about where they run in the city, so you can mix it up and try different running routes to avoid monotony and explore the city in the early-morning light.

Suman Srivastava on Bandra’s Bylanes
Six a.m. Before the city really wakes up is the best time for a run. The peace and quiet is so...

Just then a noisy bus passes by, followed by a macho motorcycle. So much for peace and quiet. I start from Otters Club, run past Joggers Park, through Old Kantwadi, and into Chimbai Village. I love this place early in the morning. The food places haven’t opened yet, and the fish vendors haven’t made it either.

I reach St. Andrews Church, daunted by the prospect of running on Hill Road. But I duck into Waroda Road, past the back entrance of A-1 Bakery, which is already doing roaring business.

I hurry on to Veronica Street. The narrow lane suddenly widens into Ranwar Village Square, filled with cars parked for the night. I wonder how they got here. Admiring a cross on the side of the road, I proceed towards St. Veronica Road, noting the slight difference in road names. I run as fast as I can, past Lilavati Hospital and the sound of traffic, towards my destination – the Sea Link Promenade: the best promenade in Bandra – quiet surroundings, better underfoot conditions and a choice of running paths.

I head back to the villages after my run. A-1 Bakery’s early crowd has thinned, and that fish in Chimbai looks really fresh. Breakfast anyone?

Bhavika Thakkar on Siri Road
Siri Road, an obscure lane that connects Chowpatty to Kamala Nehru Park, is every runner’s dream. Here’s why.

1. It is drivable only up to a point, which means there are no cars honking at you or hustling you off the road. The peace and seclusion is like a shock to the system.

2. It provides the challenge of an uphill run, a rarity in lovely old Mumbai. I share a love-hate relationship with uphill runs, but they’re great for building stamina and resistance training. I can’t really complain unless I want to run on the beach with a parachute on my back. (That’s a story for another time)

3. It’s oh-so-pretty! In summer, the running path is lined with yellow flowers, and everything glows green in the monsoon. When you reach the top, you’re rewarded with a glimpse of the sea. If I weren’t running, I’d write poetry about the view.

I can go on, but I suggest you put on your running shoes and give this route a try. Once you’re done cursing me, you’ll thank me for letting you in on this secret.

Kainaz Messman on Marine Drive
My running route begins at one end of Marine Drive at NCPA (the starting point for any runner in South Mumbai). From there it's straight up to Walkeshwar and back for a 12km run. Or, if you want to hit 15 kms, take a right turn at the end of Marine Drive toward Babulnath, onward to Haji Ali and back. The highlight of this route is that Dave farsan mart is open and frying fresh samosas, even at 5:30 a.m. Obviously I don’t eat any, but I do get a good whiff as I pass by. I love Marine Drive because it's the one place in Mumbai where commoners like us get an unrestricted view of the sea without any noise or pollution at that early hour. We get to see the sunrise as we run, and everyone is in such a good mood.

App used to track runs: None! No watches and no gadgets. Just myself, my thoughts, or my running partner.

Mumbai has an often overlooked but always mostly available beachfront in Juhu. From the tip (connected to Khar Koliwada by a make-shift floating bridge) to the end (which is separated from Versova Beach by a sludgy creek) it is approximately 5km long.

Running on sand is more difficult than running on a flat surface and is excellent for training. Some tips for running on Juhu Beach:

1. Be aware of the tide calendar. The high tide eats up the beach almost completely.

2. Some days are completely avoidable: the days after the Eids, the days of the Big Ganesh Visarjans, the Chatth Puja days, and also high tide Sundays, when all of the city comes to the beach, “hawa khane ke liye”.

3. Its best to avoid the edges of the beach (near Juhu Koliwada and beyond the Godrej Bungalow) after sundown. There are reports of people getting mugged there. These ends are also where a lot of people empty their bowels, so running here involves watching your step and keeping your focus.

Bhavika Thakkar on Priyadarshini Park
The presence of the sea – and option to run along the coast – makes up for the scant running route options in Mumbai.  While Girgaum Chowpatty is accessible, the days of low tide are few and far between. This is where Priyadarshini Park comes to the rescue. Here the sea is within touching distance, yet far enough to retain its magical allure.

Priyadarshini Park is rather compact, so unlike Marine Drive, I never use it as a stand-alone running track but as part of a longer route that covers the slopes of Walkeshwar and Malabar Hill. One deep breath of the salt-kissed air and my fatigue vanishes. I feel like I can go on running. The runner’s high coupled with the sight of sun's rays glinting off the waves beats any intoxicant in the world.