Pressure already begins as the little thing rebels about getting up mid-sleep and going through the rituals to catch the school bus. 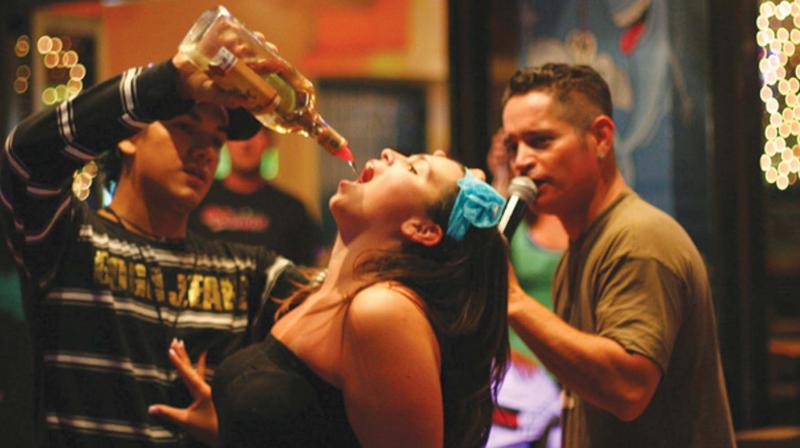 I sometimes wonder where there is so much pressure to be ‘perfect’ on young girls, how they can be true to who they are in the burdens of cares & not confirm to standards of moral policing, FOMO or peer pressure.

The pressures on a young girl today range from being slim and sexy, to well informed, to being ‘cool’ and conforming to standards laid out by the western led idea of this same ‘cool’. And of course the good girl who is accomplished in most walks of life, from the family point of view? On the other hand many collegians come under immense pressure to sleep with a friend after the first or second meeting, and the fear of him or her losing interest if you don't succumb is immense. You both enjoy being together. There is that heat of attraction, but is it love? Physicality and infatuation has a shelf life that comes with unrealistic expectation, a lack of loyalty or commitment, nearly no growing together as individuals and sans reciprocity and communication.  Today's idea of love and romance is often a kindof ‘nightclub sex after many vodkas’ heady concept- like a strong drug that draws you again and again to want to explore the depths of a ‘romance’ that promises longevity.

In traditional home set-ups of Indian society, the girl’s goal is also seen primarily as marriage, and most things during her growing years revolve around this by osmosis driven by the culture of our society - and yes this permeates through many levels of society.  You can belong to the sophisticated, "upper Class” or middle class or the economically challenged class. While this is seen as the end-goal of a girl’s life, many other pressures figure too.

Pressure already begins as the little thing rebels about getting up mid-sleep and going through the rituals to catch the school bus, laden with heavy bag pack. And if school is not a regimented space nothing is!  It also requires conforming - firstly to the ‘system’ and next to the peer-group. Children in schools are an invisible club and even a child does not want to be seen as ‘different’! Youngsters too want to ‘belong’, one has to admit that pressure is going to be an intrinsic and defining part of her life throughout.

Times are competitive, parents with best interests of the child to be equipped to face a challenging future, feel the need to herd their offspring through the best-known processes to ensure the endeavour to be able and capable to become a woman who apart from various other accomplishments stands on their own feet.  Pressure has become the new element in the air we breathe- along with oxygen hydrogen et al. I do not at all think this is only for girls. The technical, digital, artificial advance that is overtaking life like a fast-whirl-wind willy-nilly sweeping us all with it has made of life a challenging space. Man or woman, girl or boy- education is now a prerequisite to existence even if a girl wants to be a ‘mere’ home-maker. Have you seen the immense competition for entrance into schools? Parents are gripped with FOMO - money, influence, a ‘bright’ child even- all that may not get you into desired school. Even the patents have to be measured up in an interview.  -We saw the Bollywood comedy essayed by Irfan Khan entitled ‘Hindi Medium’. It is nearly not an exaggeration. And no, government schools are not the happy answer. You somehow live through the pressures but do they ever end?

When parents consistently nag, compare, push and fight, they create a low self-esteem undermined child who completely lacks self-worth. Even parenting needs guidance, and to push the pressure button rather than inspire, motivate, discuss and encourage may be the beginning of a dysfunctional relationship and subsequently maladjusted individual.