There may be tiny holes in the condom due to manufacturing defects. Though electronically tested these freak accidents do happen. 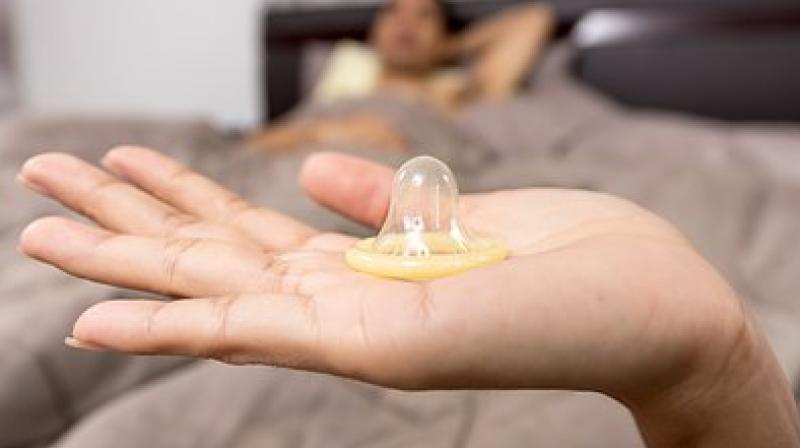 "It's your fault we are in this unwanted soup!" accused Umesh, waving angrily at his wife who announced wearily that she was pregnant for the third time.  Umesh's outburst was enough to push her over the edge.  "Oh! Please! Here's a man who doesn't even know how to wear his zip properly! Leave alone a condom! Not that you were 'up and about' for the occasion to warrant one!" sneered Anita furiously.

The following might be the reasons for a condom failure.
1. There may be tiny holes in the condom due to manufacturing defects.  Though electronically tested these freak accidents do happen.

2. The small pouch at the tip of the condom is meant to collect the semen on ejaculation.  If air is locked in this pouch while hastily wearing a condom, the tip will burst during ejaculation due to excessive pressure, allowing the semen to seep into the vagina.

Sometime when a couple disengage from foreplay and the man tries to put on the condom by himself he is deprived of stimulation on a temporary basis.  Apart from this the man is distracted while he is attempting to wear a condom.  This results in his losing the erection.  To prevent this, the act of wearing a condom can be incorporated into the foreplay itself.  The wife can unroll the condom on the husband's penis while holding his penis with one hand.  This will help him to receive tactile stimulation without interruption.

There is a misconception that condom reduces sexual pleasure.  The modern condoms are ultra thin, well lubricated, ribbed, dotted or flavored to boost pleasure for both partners.

To minimize freak failures:
Unroll about an inch of the condom and squeeze its tip between the thumb and the forefinger to leave an empty space beyond the penis to catch the semen and to prevent the condom from bursting.