Prithvi has performed over 800 concerts around the world accompanied by his own band. 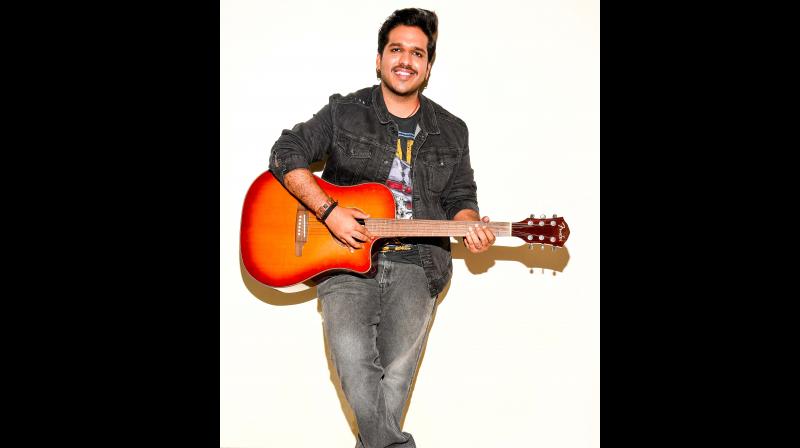 Prithvi Gandharv is a well know name in the Indian Music industry! A singer par excellence, his playback singing career is soaring after his song in the superhit movie “Bajirao Mastani” . His Bollywood debut was the song “Boyega’ from the critically acclaimed film “Myoho”. Sang for a T-Series release movie “journey of Bhangover” . He is the composer & singer for the movie  “Anna" a biopic on the Great leader Anna hazare. In the independent music “Jogi de Naal with Richa Sharma ji and “Isha Ibadat” are loved immensely by the audience on social media.

Prithvi has performed over 800 concerts around the world accompanied by his own band. He has also had the honour of performing and touring alongside singing diva Shreya Ghoshal in over 100 concerts in India and internationally. He has also performed with Richa Sharma and the internationally renowned Music legend Ustad Zakir Hussain as well as Sivamani, Ranjot Barot and the late Ustad Sultan Khan Sahab.

Although he is making a mark in Bollywood but, Ghazal Singing remains close to his heart. His love for Urdu poetry is felt when he perform’s Ghazal’s with the aesthetics of Ghazals . Prithvi has performed ghazal on prestigious stage o f “ V i r s a H e r i t a g e ” L a h o r e Pakistan.-“Khazana” 2018 one of the biggest ghazal festival, “Kharaj”, “Ab ke ham bichdey” tribute to Ustad Mehdi hasan. along with Padmashree Hariharan. “Us ki baatein” remembering Jagjit Singh. He also composed a Ghazal album for Ustad Rashid Khan “Jazbaa” which was nominated for GIMA awards. Not only is he making a name for himself as a singer par excellence, he is among the new crop of budding Music Directors set to take the industry by storm.

His Music Direction has had a firm grounding from his teenage years assisting industry stalwarts Pritam, Shantanu Moitra, Nikhil- Vinay and Shamir Tandon. Prithvi has also composed an album for the legendary classical artist Ustad Rashid Khan. Prithvi, a protégé of Padmashri Hariharanji, is the fourth generation in a family of well known musicians. A professional vocalist since the tender age of 4, Prithvi has been blessed with a captivating voice that lend itself seamlessly to various genres of music ranging from traditional Sufi Qawallis to Ghazals and Bhajans, from regional folk to Bollywood hits. His vocal training started early at home in classical music under the tutelage of his grandfather Shri Mohan Singh ji, who is a renowned harmonium player in the Indian film industry. His father Shri Ashok Gandharv ji, a renowned violinist pushed Prithvi to learn various instruments like the violin, the piano and the sitar, which lead to his growth as a composer. Perhaps the greatest complement has come from his guru Padmashri Hariharan “Prithvi is a talent to look out for. He is very promising!”