Alien honeybees are artificially introduced into the environment for research purposes. 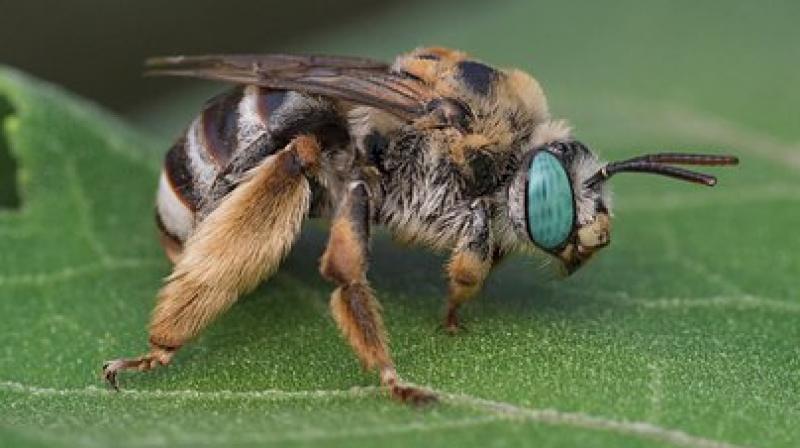 The introduction of honeybee hives is a common strategy encouraged by charities and NGOs to supplement livelihoods in rural regions. (Photo: Pixabay)

Alien honeybees, which are artificially introduced into the environment for research purposes, compete for resources with native bees and may threaten plants that rely on interactions with specific pollinators, a study has warned.

Scientists from Anglia Ruskin University and University of Nottingham in the UK have monitored the interactions between plants and their pollinators in the mountainous region of Egypt.

The region supports many range-restricted endemic plants and pollinators whose future may be jeopardised by the recent introduction of alien honeybees.

"The introduction of honeybee hives is a common strategy encouraged by charities and NGOs to supplement livelihoods in rural regions," said Olivia Norfolk, from Anglia Ruskin University.

"Our research suggests that hives should be introduced with caution because super-generalist honeybees compete with native pollinators and can cause pollination risks for range- restricted plants," Norfolk said.

The mountains are characterised by the presence of Bedouin orchard gardens which act as hotspots for biodiversity, providing valuable habitat for wild plants, pollinators and migratory birds.

These gardens form the basis of traditional Bedouin livelihoods, but recently managed honeybee hives have been introduced to supplement their income.

The study found that introduced honeybees were extremely generalised in their foraging behaviour, visiting 55 per cent of available plant species.

However they made few visits to range-restricted plants and showed high levels of resource-overlap with range- restricted bees.

In this arid resource-limited environment, the presence of high numbers of super-generalist honeybees may pose a competitive threat to native bees, particularly in periods of drought.

The research also found that the range-restricted plants were significantly more specialised than wider-ranged counterparts.

These plants showed a much higher dependence on range- restricted pollinators and received very few visits from the introduced honeybee.

The effects of floral competition, where honeybees out- compete more efficient native pollinators, could lead to a drop in native bee visitation and a subsequent decrease in their reproductive success.

"Any economic benefits associated with honey production must be balanced against the negative impacts to local wildlife, such as the potential extinction of endemic plants species of high conservation concern," Norfolk said.