One-two punch may have wiped out dinosaurs: Study 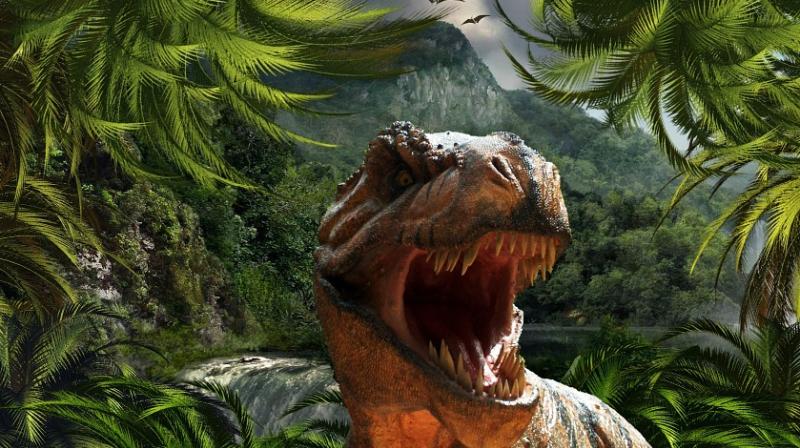 Washington: A one-two punch from the big meteor that struck off Mexico 66 million years ago, possibly triggering enhanced volcanic eruptions at Indias Deccan Traps, may have sealed the fate of the dinosaurs, a study suggests.

The study, published in the journal Science Advances, details a record of volcanism preserved along the mid-ocean ridges, which mark the oceanic boundaries of tectonic plates. The evidence comes from changes in the strength of gravity above the seafloor.

The findings by researchers at University of Oregon in the US point to a pulse of accelerated worldwide volcanic activity that includes enhanced eruptions at Indias Deccan Traps after the Chicxulub impact.

The Deccan Traps, in west-central India, formed during a period of massive eruptions that poured out layers of molten rock thousands of feet deep, creating one of the largest volcanic features on Earth.

The Deccan Traps region has been in and out of the dinosaur debate. Rare volcanic events at such a scale are known to cause catastrophic disturbances to Earths climate, and, when they occur, they are often linked to mass extinctions.

Huge volcanic events can eject so much ash and gas into the atmosphere that few plants survive, disrupting the food chain and causing animals to go extinct.

Since evidence of the meteor strike near present-day Chicxulub, Mexico, surfaced in the 1980s, scientists have debated whether the meteor or the Deccan Traps eruptions drove the extinction event that killed off all nonavian dinosaurs.

Resulting seismic waves moving through the planet from the meteor strike probably fuelled an acceleration of those eruptions. "Our work suggests a connection between these exceedingly rare and catastrophic events, distributed over the entire planet," said Leif Karlstrom, a professor at University of Oregon. "The meteorites impact may have influenced volcanic eruptions that were already going on, making for a one-two punch," said Karlstrom.

That idea gained strength in 2015 when researchers at the University of California, Berkeley, proposed that the two events might be connected. That team, which included Karlstrom, suggested that the meteorite may have modulated distant volcanism by generating powerful seismic waves that produced shaking worldwide.

Similar to the impacts that normal tectonic earthquakes sometimes have on wells and streams, Karlstrom said, the study proposed that seismic shaking liberated magma stored in the mantle beneath the Deccan Traps and caused the largest eruptions there.

The new findings extend this eruption-triggering in India to ocean basins worldwide.