The Malay-language tabloid Sinar Harian claimed gay men love to go to the gym -- just to check out other men. 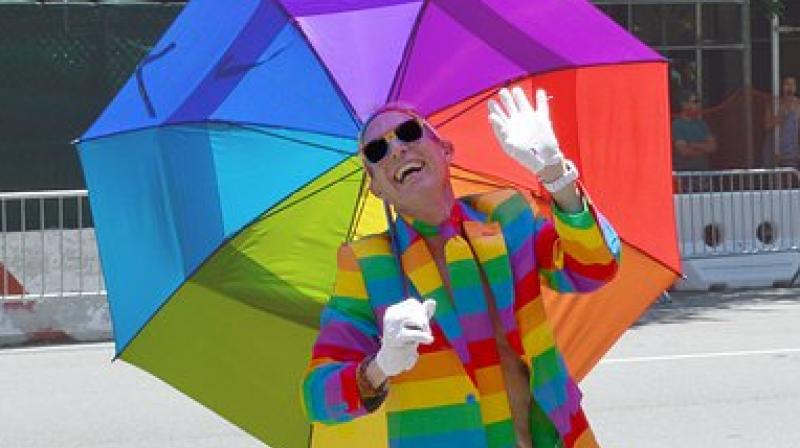 A stereotype-laden checklist for spotting gay men and lesbian women published by a popular Malaysian newspaper has sparked outrage in the Muslim-majority nation, with activists warning it could endanger lives.

The Malay-language tabloid Sinar Harian claimed gay men love to go to the gym -- just to check out other men -- wear tight clothes to show off their physiques and tend to sport beards, while their eyes widen when they see handsome men.

The list, published Friday, was swiftly met with derision online, while campaigners warned it could further stoke animosity against LGBTQ groups, who have been increasingly targeted with violence and discrimination in recent years.

"It exposes these people to bullying, which could lead to violent hate crimes towards them," Eric Paulsen, Lawyers for Liberty executive director, told AFP Tuesday.

Malaysia has experienced growing religious fundamentalism in recent years, sparking friction between conservative forces and those campaigning for greater rights.

The country retains its colonial-era criminal ban on sodomy, which is punishable by up to 20 years in prison, caning or a fine.

Human Rights Watch said in a 2017 report that discrimination against LGBT people was "pervasive" in Malaysia.

One of the country's biggest social media stars, Arwind Kumar, railed against the list in a video posted on YouTube.

"How the hell does a gay person endanger your life? With an article like this you are only going to take away lives," he said.

"Are you dumb? How can having facial hair make someone gay?" Kumar said in the video, pointing out that religious leaders were also known for their abundant facial hair.

The clip has been viewed thousands of times.

Sinar Harian has not yet issued any response to the controversy.

Malaysia hit the headlines in March 2017 over its attitudes to homosexuality when the country's film censorship board demanded cuts to Disney's hit movie "Beauty and the Beast" because of a "gay moment".

But the entertainment giant refused and the film was released in full.

In June, Malaysian health authorities were forced to backpedal on plans for a contest to "prevent" homosexuality, but in December the state of Terengganu sparked alarm by announcing plans for a conversion therapy course aimed at transgender women.