Some of the stomach contents of Oetzi the Iceman had traces of fern leaves and spores. 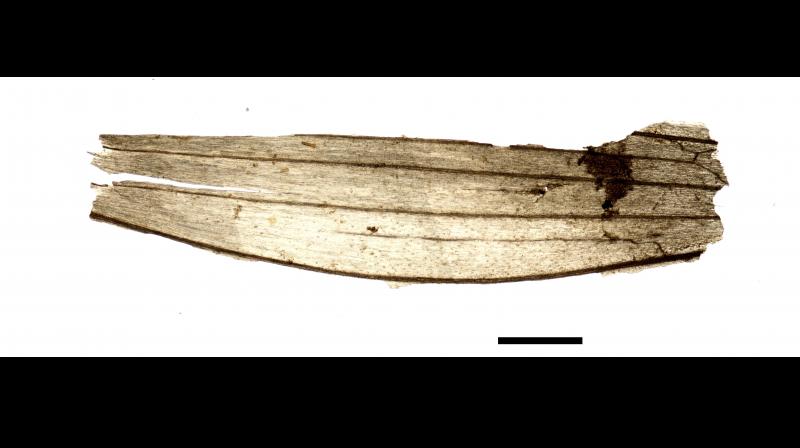 This undated microscope photo provided by the South Tyrol Museum of Archaeology in July 2018 shows part of a wheat grain spikelet found in the stomach of the frozen hunter known as Oetzi the Iceman in Italy. (Photo: AP)

NEW YORK: Talk about a paleo diet. Scientists have uncovered the last meal of a frozen hunter who died 5,300 years ago in the Alps.

On the menu were the fat and meat of a wild goat, meat of a red deer, and whole wheat seeds, which he ate shortly before his death.

The stomach contents of Oetzi the Iceman were described Thursday in the journal Current Biology.

Traces of fern leaves and spores were also discovered in Oetzi's stomach. Scientists think he may have swallowed the plant unintentionally or as a medicine for parasites previously found in his gut.

The study offers a snapshot of what ancient European humans used to gorge with more than five millennia ago.