Past and the deadly horrors

A horror play that tackles the subject of schizophrenia and stigmas pertaining to mental health. 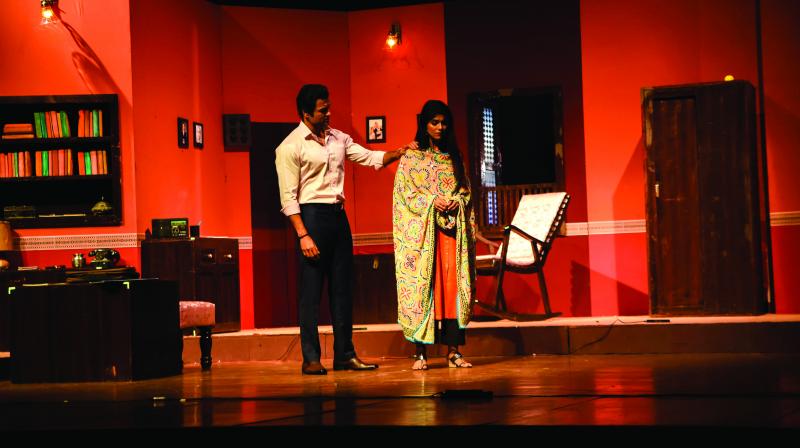 Interestingly, this play was originally written in Marathi and then translated in Hindi.

A phrase like “The past may come back to haunt you.” is one that many may have heard at some point of their life. But there are times where some people see things or people that don’t exist like someone deceased or someone imaginary. Schizophrenia is one of the diseases that affects a person’s ability to think clearly.

With an aim to generate awareness about mental health and to introduce a hindi horror play for the first time, a play titled Ovee was organised in the capital by Felicity Theatre. The play revolves around a teenage girl Ovee (portrayed by Diksha Agnihotri) who gets sent into an orphanage by her uncle and is an occupant in a room where a girl was previously murdered. During her stay, she experiences paranormal activities that Saadhna (portrayed by Sayantani Ghosh), the manager of the orphanage was running out of ways to deal with Ovee until she met Nikhil (portrayed by Rohit ro, a psychologist who diagnosed Ovee’s condition as Schizophrenia. 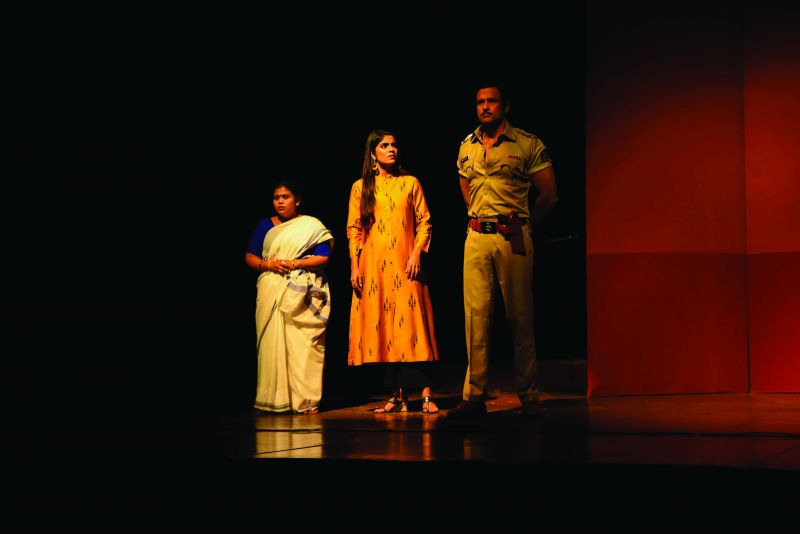 Interestingly, this play was originally written in Marathi and then translated in Hindi. In a free flowing chat with the director, Aniket Patil, he explains, “This is a universal story because every person feels scared. Hence I did not face much of a challenge in translating this play.”

This is apparently the first horror play in Hindi. He reveals that he wanted to explore the genre of horror. When asked about if he faced any challenges he faced in directing a horror play, he explains, “The challenge was to create that environment (of a horror film or show). How to create the special effect with light sound and music at the same time and match the timing was a challenge as well.”

The play is more than just a horror story with intense effects and lightworks. There is an underlying theme that revolves around the disease of Schizophrenia. He explains, “People like stories that they can relate to. The content of this play revolves around how to overcome one’s fears.” He further highlights, “I am a student who has a knowledge of this subject and schizophrenia is the suspense and the logic in the play.”

Rohit Roy, who portrays the role of Nikhil the psychiatrist in the play, says that this is the first time he is doing a play of this nature, in a career that spans over 20 years. “It was fun to be a part of a play like this. The first show for me was like a grand rehearsal and the response we received, I didn’t think we’d get such a good response.”

He candidly reveals, “The difficult part was the rehearsals and remembering my lines because my entries (in the play) are back to back. I had to be absolutely sure of my lines because all the light and dramatic cues depended on last cues and if I said one wrong line, we would get lost.”

When asked about whether he found it difficult to fill the shoes of a psychiatrist in the play or not, he found it very comfortable to be in the role and it came to him ‘pretty naturally’,  he adds, “I am at a stage and an age in life where I have seen so much and as I move on from year to year, I feel that there is a stigma related to psychiatry and a stigma related to mental health which is so sad.’’

Through this play, Rohit wants to give out a message saying, “f you are suffering from mental illness, you need to get help.  Even if you don’t want to go to a psychiatrist, talk to your parents or someone senior.”