A National Award-winning film captures the dreams and disappointments of those travelling in the unreserved compartments of Indian trains. 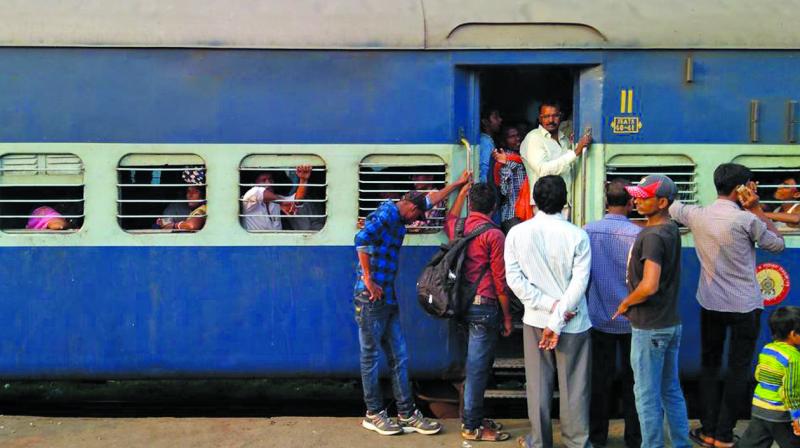 The idea to pursue stories in the unreserved compartments of Indian Railway trains came about instinctively, says Samarth.

It starts off as a straightforward conversation about ambition; suddenly it segues into one about caste and gender and how the two constructs can impede the blossoming of a life. One gets to see 11 such insightful, subtext-filled conversations in Samarth Mahajan’s National Award-winning film, The Unreserved. The film consists of a string of interviews shot only in the unreserved or ‘general’ compartments of various trains and though the interviews last for just four to six minutes, each of them brings to the fore a reality that might be vastly different from ours, yet makes up a significant part of our country. “As a class, we are very disconnected from a certain kind of India. This movie tries to break down some of the boundaries that exist between this ‘us’ and ‘them’,” says Samarth.

The idea to pursue stories in the unreserved compartments of Indian Railway trains came about instinctively, says Samarth. “In college, I used to travel from IIT Kharagpur to Kolkata in general compartments. Plus, I went for the Jagriti Yatra, which is a 14-day long train journey across India and it inspired me to make a film on trains. Another key inspiration came from Mahatma Gandhi’s Third Class in Indian Railways, which made me realize how the conditions in general compartments remain the same, though the book was written in 1917,” shares the director.

To collect stories for his film, Samarth and his team from Camera and Shorts travelled for 17 days non-stop and conducted 120 interviews in all. The team’s ‘life on the rails’ journey took them to the farthest points of the country that could be accessed by rail. “From Mumbai, we travelled to Okha, the western-most point in Gujarat; onwards to Katra, the Northernmost point in the mainland Indian Railway network. Then we travelled to Banihal, Baramulla, Delhi, Dibrugarh, followed by the longest train journey possible that took us to Kanyakumari. From Thiruvananthapuram, we headed back to Mumbai,” says Samarth, almost in one breath. Though the team carried a lot of gear, they ended up shooting the entire film with hand-held cameras. They also made a conscious effort to ‘not stand out’ so that people would feel comfortable conversing with them. 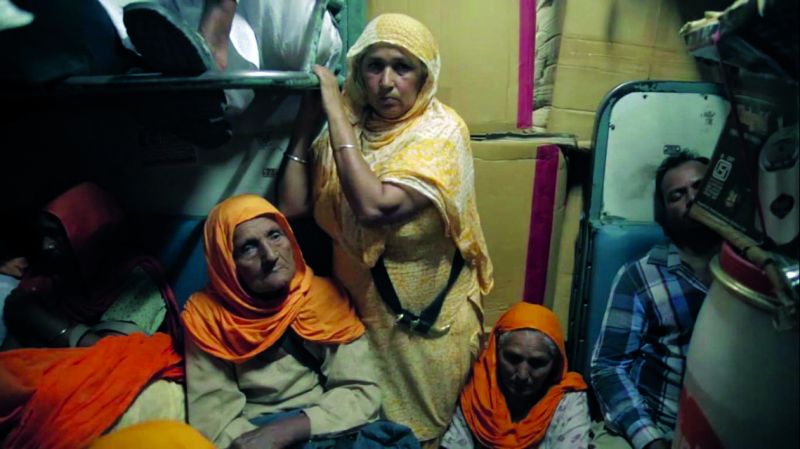 A still from the film

Samarth’s curiosity-fuelled journey rewarded him with stories that lay bare important conversations around class, caste, gender, politics, nationalism, and above all, the universal desire to be heard and loved. As the stories unfold, one gets a glimpse of a father’s unconditional love for an ailing daughter, while another exposes how, in the absence of life’s basic necessities, patriotism can be hard to muster. “There’s also a story that makes you realize how we often paint entire communities in one light, though there exist multiple voices within a single community,” adds Samarth. Judicious editing has resulted in hours-long conversations being distilled into a couple of power-packed minutes, with every minute giving us ‘an insight into the individual, and what makes up the fabric of our country’, as Samarth puts it. All along, Indian Ocean’s Leaving Home weaves in and out of scenes, heightening the poignancy of stories.

The Unreserved is a delightful film to watch because apart from giving us a peek into the personal lives of complete strangers, it also acts as an analogy for life itself where countless stories that need to be heard emerge and disappear every second; but, like an unstoppable train, life goes on.

The film will be screened today at Gostana at 6 pm.