Halloween scare: Man digs up skeleton at home, it is his dad’s who vanished in 1961

Mike Carroll always wondered what happened to his father, Korean War veteran George Carroll, who disappeared in 60 years ago. 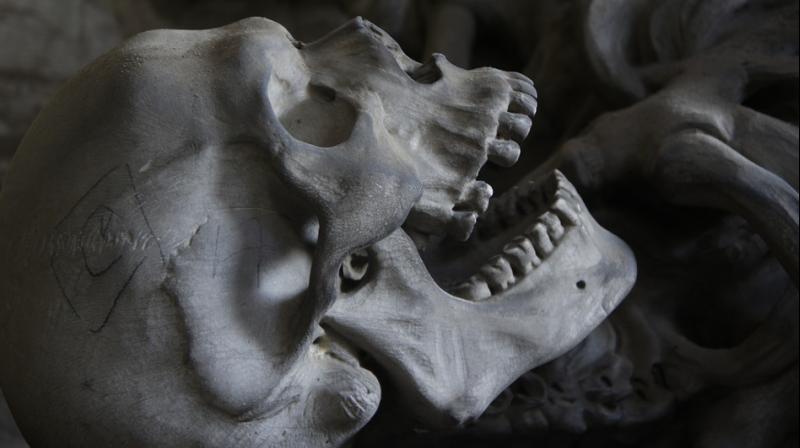 Mike's mother Dorothy, provided vague details about how his father just left one day for a pack of cigarettes and never returned. (Photo/ Representational: Pixabay)

A shocking revelation saw the buried bones discovered in the basement of a Long Island man's home being identified as belonging to his long-lost father. Police have ruled his mysterious death a homicide.

Mike Carroll, 57, always wondered what happened to his father, Korean War veteran George Carroll, who disappeared in 60 years ago in 1961, when Mike was just eight months old.

He hired ghost hunters and psychics to help him solve the mystery and they said his father was buried in the basement of the home.

Officials confirmed that the intact skeleton indeed belonged to the family patriarch on Wednesday.

Speaking to Newsday Carroll said that he was happy to learn that it was his dad. The veteran's death is being now probed as a homicide. But cops say they may never know just who was behind his death.

Mike's mother Dorothy, provided vague details about how his father just left one day for a pack of cigarettes and never returned. Mike says his family never filed a missing persons report and moved on with their lives.

If she had any secrets, she took them to the grave with her when she passed away in 1998.

According to Mike, a person who could have known something about his father's death would have been Richard Darress, his mother's second husband who moved in not long after George Carroll died.  However Darress later moved to Nuevo Laredo, Mexico and passed away in June at the age of 77.

Mike purchased the Suffolk County home before his mother died and employed the help of ghost hunters and psychics to see if the mystery of his father could be solved.

They pointed to an energy sensed in the basement of the Lake Grove home. Carroll said there were always family rumors that his father might be buried there.

Digging with his two adult sons on Halloween of this year, the family made the spooky discovery of an intact skeleton and they suspected the bones belonged to his father George Carroll.