Experimenting with arts and craft can yield some beautiful results, especially if you’ve been blessed with natural talent. 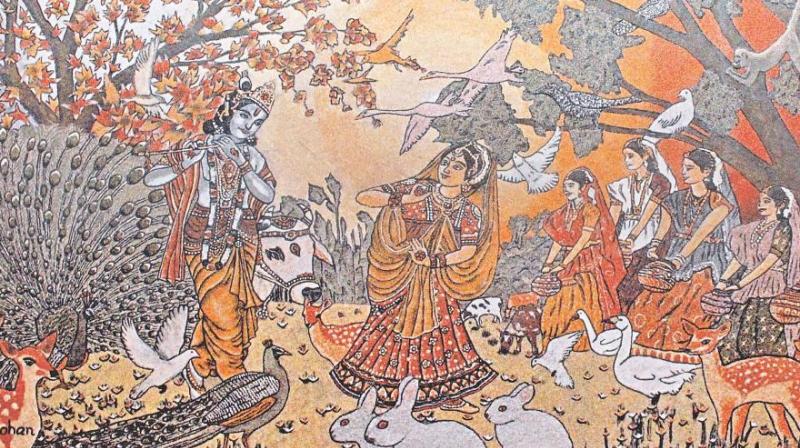 An idea can strike your mind at strange moments. It can be during a walk in your favourite spot or while you are half awake. Once the idea germinates, all you would be looking for is a fertile land to grow it. The crazier you are, quirkier your canvas and outcome would be.

Art and craft is an area where you can be quite experimental. You have plenty of mediums available out there. All you need is a vision to bring that right connection. Your art is born! Artists like Rajamohanan Pallichal, Mirash Chandran and Rajesh have found that. 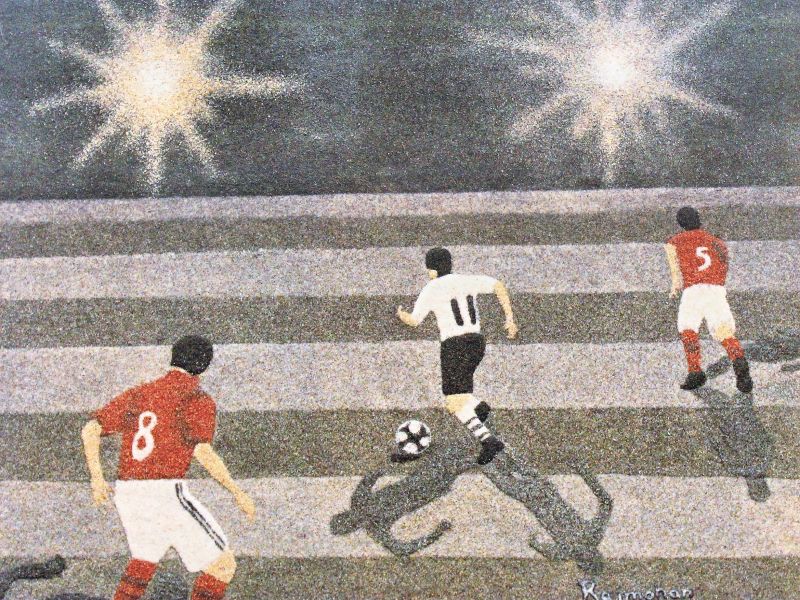 Rajamohanan, a 46-year-old government employee from Thiruvananthapuram, found his love for sand art during his pre-degree days. His drawing teacher used to do that and the young Rajamohanan was fascinated by that. Although he had been gifting his sand art works to close people, he realised the need to extensively do it quite late. Right now, living in Alappuzha, Rajamohanan does his artwork using sand collected from various seashores, brick dust and m-sand. He doesn’t use any other colours.

“It was after coming to Alappuzha that I started doing it on a larger scale,” says the artist. “As of now, I have done 30 sand works.” He has organised two exhibitions – one at the collectorate and the next one at the Lalithakala Akademi Gallery. Legendary figures like Mahatma Gandhi, Mother Teresa, A.P.J. Abdul Kalam and Che Guevara have been reborn through his art.

He is in high spirits while describing sand shades. “Yesterday, one of my friends brought a variety from Lakshadweep. I am yet to determine the exact shade of it. It is only after washing the sand that you will get a clear idea about the nature of sand,” he explains. In his words, there are two kinds of sands—one with life and without life. “The glazing sand, like the Lakshadweep sand, has life,” he adds and goes on to explain the grading of colours.

Rajamohanan works day and night to get the right mix of colours and translate them on canvas. “I have failed many times. But, I didn’t give up. Now, I have got the hang of the shades of sand,” he says. “It is a long process. Take the canvas, draw the picture, paste Fevicol on it and sprinkle the sand, keeping the consistency in mind. There would be different layers in each work and you will have to wait until each layer dries,” he adds.

If sand is Rajamohanan’s favourite, rubber band has caught the fancy of Rajesh Dreambank, who shot to fame during the recently concluded school youth fest. A combination of sketches and rubber bands, it looks as though the bands have fallen onto the paper while he was drawing the images. We couldn’t reach Rajesh for more details. 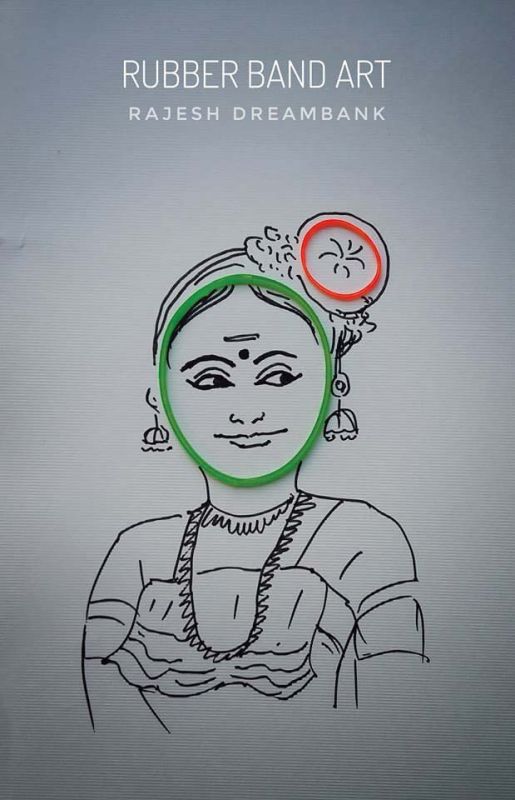 ‘Sometimes making a little change in some creations are more creative than the old ones. with all respect to the playing cards creators, 'who helped us have memories with cards', we refresh those lovely memories in a mallu version with a traditional look " Thaninadan Style",’ reads one Facebook post of Mirash Chandran, who heads the designing department at tcoffee, a business solutions provider in Kochi. As said in the post, he has gently twisted the playing cards. He has made them ‘Thani Nadan’. The English alphabets are replaced with Malayalam ones along with our cultural images.

‘How would playing cards look in the Malayalam version?’ This thought was the trigger. “I hail from a village and, as a child, have seen elders playing the cards. I was curious to see how the cards would be if images from culture appear on them,” he recalls. “What is trending in our urban space these days is ‘Thani Nadan’.  We yearn for everything done traditionally. Hence the tag ‘Thani Nadan’.”

Mirash researched on the idea and rehashed the cards. “Chakyar, who is sarcastic and straight forward, has been selected as joker. Mohiniyattam, Theyyam and Kathakali replaced queen, king and jack respectively. I chose Mohiniyattam for queen because Kerala nadanam came to my mind when I thought about queen. Theyyam is fiery, hence placed as king. Jack indicates style and I couldn’t find anything better than Kathakali to depict our art and cultural style,” explains Mirash.

He has used minimal style for the project. “Minimalism is trending now. Also, it gives the cards a vintage look,” says Mirash, who created a new layout. He has taken inspiration only for the drawing part. Now, he dreams of doing a photoshoot using these cards, that too in ‘Thani Nadan’ style.