According to researchers, snowboarders were three times more likely than skiers to sustain injury. 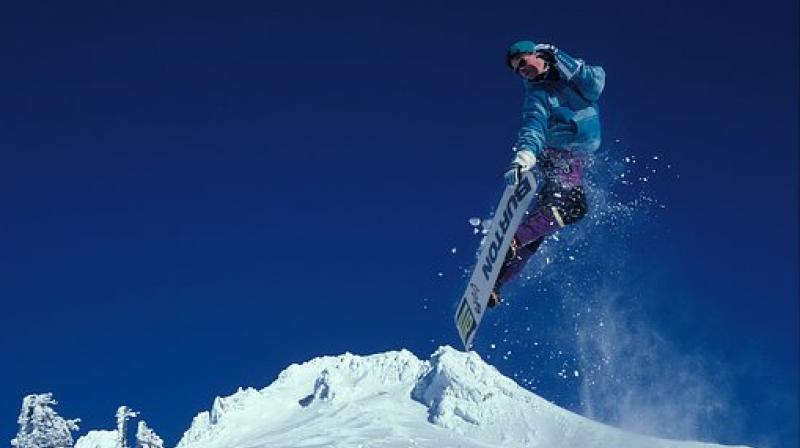 The most common skiing and snowboarding injuries are to the spine, pelvis, shoulder, wrist, hands, knees, foot and ankle. (Photo: Pixabay)

A study has recently found that with increase in popularity of skiing and snowboarding as fun winter sports, the number of skier and snowboarder injuries also continue to rise.

According to researchers, snowboarders were three times more likely than skiers to sustain injury.

The most common skiing and snowboarding injuries are to the spine, pelvis, shoulder, wrist, hands, knees, foot and ankle.

Lead researcher Brett D. Owens from the Warren Alpert Medical School of Brown University in Rhode Island, United States said that skiing and snowboarding are associated with a large number of injuries, with specific patterns and anatomic areas affected.

"While some injuries are unavoidable, many are caused by skiers and snowboarders exceeding their comfort zone in either speed or technical challenges on the mountain. It is critical to stay in control and be prepared to slow and stop to avoid contact with another person on the slope," Dr. Owens added.

Skiers are more likely to experience lower extremity injuries, especially to their knees, due to the

rotational forces on the knee despite effective binding releases.

Snowboarders are more likely to experience upper extremity injuries "due to falls onto their hands."

"Snow sport athletes can best prepare for their sport with a general preseason conditioning program as well as familiarity and maintenance of equipment," says Dr. Owens.

The finding appeared in the Journal of the American Academy of Orthopaedic Surgeons.