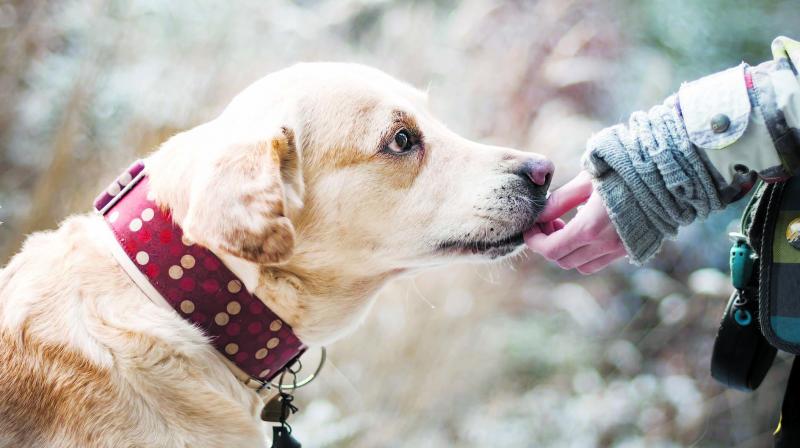 Studies have proven that dog therapy can bring about positive neurobiological changes in human brain.

At Naunihal Girls’ Shelter, Sundays are extra special as it brings home some adorable therapy dogs. An initiative by Prerna anti-trafficking organisation, Naunihal is home to 32 girls from various backgrounds such as child labour victims, child-marriage victims, children of sex workers and even missing cases. “We were not even aware that dog therapy sessions exist but we realised that there are many girls who like animals especially dogs so much that we have a water bowl outside the centre for the stray dogs,” says Madhuri Shinde, Superintendent at Naunihal and adds, “We got connected to Aakash through the anti-trafficking head of Prerna and they asked if the girls would be interested in therapy dog session. That’s how we started.”

While multiple research studies have shown that interacting with animals, can help reduce stress and bring about positive neurobiological changes in human brain and these furry animals are professionally trained to provide affection, comfort and love to those in need. At Naunihal, the sessions are handled by Aakash Lonkar from Animal Angel Foundation and he is accompanied by Uno, a golden retriever or Pepper, a cocker spaniel for the sessions. Talking about the program Aakash, says, “We are working with almost 20 girls and we’ll be visiting there once a week where the dogs will be interacting with girls. The program that we will be designing will be to help these girls deal with social issues and emotional problems. They have an in-house counsellor who is helping me get inputs about what other issues they are facing and what are the things on which we can work.” The program was started earlier this month and is expected to go on for a year. Explaining his observation, Aakash says, “The first couple of sessions are more about bonding with the dogs so that they are open to interacting with the dogs. In bonding sessions, girls are coming and introducing themselves to the dogs.” 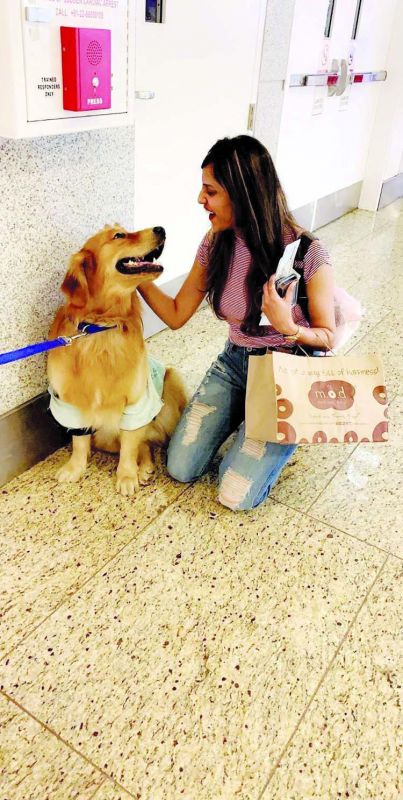 Animal Angel Foundation is one of the prominent organisations that is working towards animal-assisted activities. Tracing back to their initial years, Aakash says, “In 2003, Minal Kavishwar, who is the founder was training a dog for a special school and it was the first program in India where a therapy dog was being trained for a school. She documented the whole process and how therapy dogs can help children with special needs.” From there the organisation has worked with autism centres, hospital and special need school and introduced the concept of therapy dogs in India.

Besides assisting people with special needs, therapy dogs are also known to help anxious flyers get over their fear of flying, so much so that these dogs have replaced medication in some cases. Started in 2013, the therapy dogs stationed at the Chhatrapati Shivaji Maharaj International Airport in Mumbai belonged to Animal Angel Foundation and were later taken over by Fur Ball Story. 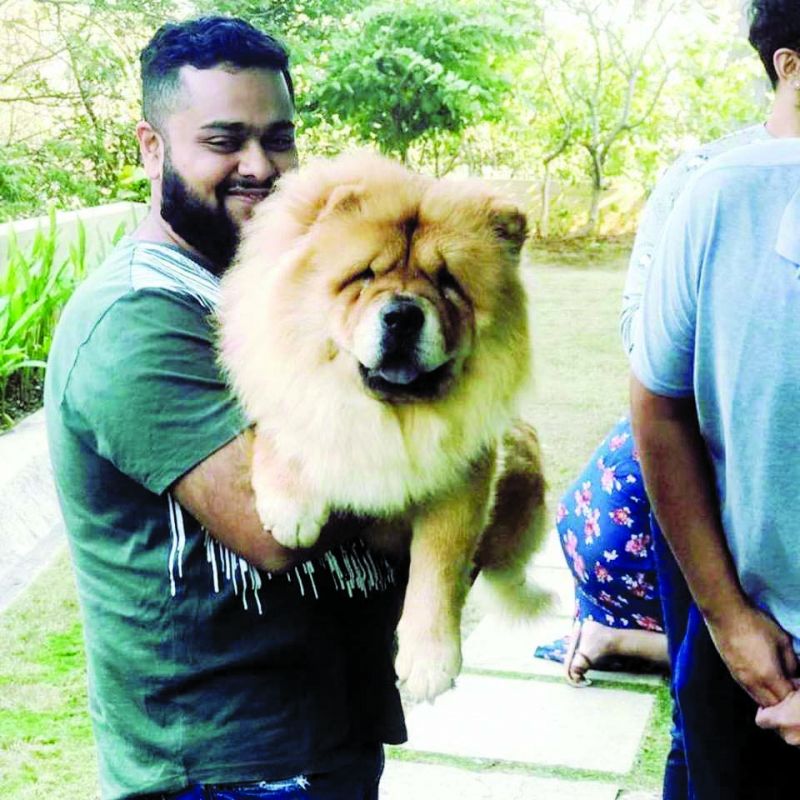 Talking about the people who interact with the dogs, Animesh Katiyar, founder of Fur Ball Story says, “We met a lot of different kind of people like some who had left their dogs behind and were missing them, so they would come and pet the dogs. We saw that there were many children who wanted to meet the dogs but the parents were a little scared of dogs so we helped them get over the fear.” An initiative by the airport authorities themselves, the main motive was to help people to get over their fear of flying. Explaining how dogs do the same, Animesh says, “When you come in contact with a therapy dog and you spend good fifteen minutes with them, it distracts you from everything that you have in your mind at the moment. It is those 15-20 minutes and some extra time where you’ll keep thinking about the dogs and you’ll have those positive vibes in your mind. This is how dogs also postpone panic attacks.”

Even corporates have woken up to the healing power of therapy dogs and how they can help their stressed employees unwind after a long week at work. And, to aid them to achieve mental peace, Niharika Sekhri from Pawfect Life along with therapy dogs Bira, Sugar and Lemon gives them a dose of puppy love. Talking about the idea behind the initiative ‘Bringing happiness to the corporate’, Niharika says, “I realised that at a petting centre that we have, not everybody is super comfortable with so many dogs at one go. So we started with sessions on Fridays. We do a two-hour session where we take at least four to five dogs of ours, out of which two of them are therapy dogs, so they are wonderful with people with stress or depression and it works out pretty well. Lots of offices have started calling us, they really have a good time.” The stressed workforce can affect the outcome of a company and hence corporates are taking the mental health of their employees seriously. Talking about the response these sessions get, Niharika says, “We usually ask for an enclosed room and whoever is comfortable they come and they try to cuddle with the dogs or pick them up in their arms. Therapy dogs are particularly trained for people who are into depression and are living an extremely stressed life so that they are really helpful.” A professional dog trainer, Niharika runs a petting centre in Mumbai, where people can go and play with the canines and de-stress in their own time.