About Love: Happily ever after

Although the Sinhas are the picture of couple goals, it did not come without a fair share of difficulty. 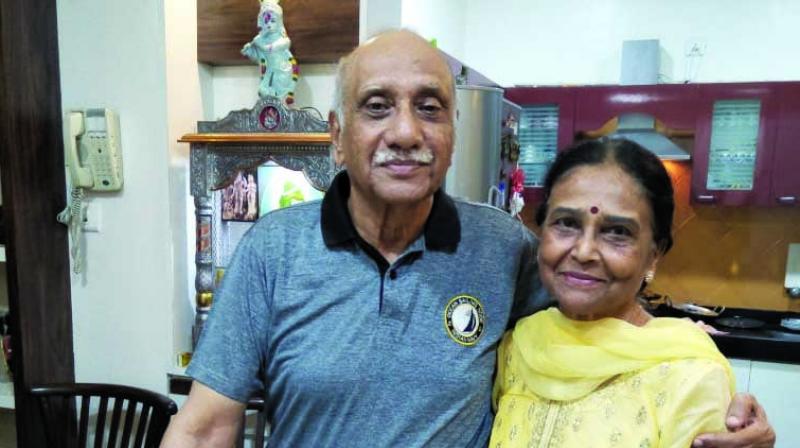 Love is all about respecting each other’s identity and keeping the integrity intact, and this motto has kept Sudhir and Mira Sinha’s love going strong for 57 years.

Love is all about respecting each other’s identity and keeping the integrity intact, and this motto has kept Sudhir and Mira Sinha’s love going strong for 57 years. They are not the usual couple who, after spending over five decades together, would generally crib over things that the other partner was expected to do. Instead, the Sinhas are like newlyweds who can’t have enough of each other. “She is very beautiful and I love her,” gushes Sudhir, who met his wife through his family. They had an arranged marriage in 1963 in Bhilai in Chhattisgarh.

“I left it on my father, and the only condition was that the girl should love music and should be well educated. Mira is both. In fact, more than what I desired back then,” laughs the former English language professor at Pune’s National Defence Academy (NDA), who proudly informs us that his wife is a Masters of Science (MSc) graduate. “She would help me in all my work, we would sit and sing and play badminton,” recalls Sinha, and adds that they won several badminton and music championships in the past. “We share the same interests and that’s what binds us,” reveals the professor.

Although the Sinhas are the picture of couple goals, it did not come without a fair share of difficulty. “We thrived together. I would take her out for dinner on salary day in a moderate joint and would buy one thali for both of us and share that,” he shares. When asked about the secret to a successful marriage, the duo says keeping their egos at bay was helpful. “We ensured that our ego doesn’t come in between.” He adds that differences are bound to happen when two people are working for the same thing but, “You need to solve them with understanding and integrity.”